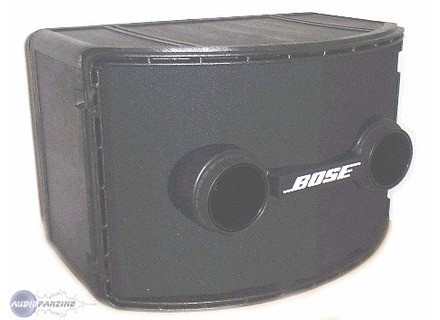 View other reviews for this product:
Obviously, there deaf and hard of hearing on Audiofanzine! The Bose 802 is a stew with respect to music distribution ... It is originally designed for outdoor public address, for voice and background music but certainly not to a party because she did not features and performance necessary to do it!

It's a fairground, commercial activity with its opening at 120 °, its small speakers and waterproof plastic case and there is his role, ie to the public address but certainly not evenings ! So obviously for suckers, there are Bose before, but this is not the musical quality of a pregnant 30-year-old!
All places at night that I met was equipped with bose catastrophic in terms of sound: loud, aggressive and ill-defined!

We must stop gargling with logos marked on the speaker grilles because there are a lot of bluff about it! <strong>It is better to invest in a properly designed enclosure, with the components separated for such and such international applications and unbranded bernard rope as the speakers,</strong> rather than buying the bose which has value only the name but not the pleasure that one derives for himself or for his audience!

Corrections electronic processors have their limits! This pregnant at 30 years and now it's prehistory, but bigger is more things happening with our American friends! Pathetic ...

In 2010, the dj who use this place at night are amateurs that are eating their customers.