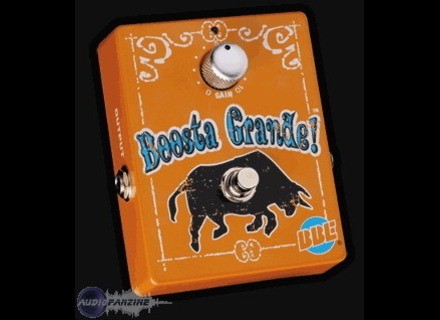 I purchased this pedal from an ebay store about a year ago and I paid about $60. I needed this pedal for a nice clean boost. I shopped for several pedals including some of the more expensive like Xotic, MXR, AC and RC boost but reviews were unanimous that the extra money was not worth it.

The simplicity of the pedal is great as most boost pedals are. It only has the on/off switch and a single knob to adjust the level of boost. The boost works nicely for a low level clean patch and also bumps lead patches up when you need the extra volume for a solo.

This is where I disagree with many of the other reviews on this pedal. The pedal claims to give you up to 20dB of clean boost meaning that it changes only the volume of the patch you are using and not the tone. This is the case when your level is set between 2 and 4, but if your boost is set 5 or above, the tone is significantly changed. It either robs some from the tone or for some patches adds things to it. The added tones probably come from the boosted level but losing tone is another problem. In a clean setting the boost seems to boost only the mids and not the lows and highs. Since it is supposed to only boost the signal this doesn't make sense.

The quality of the pedal is more than adequate. It is in the same case that most of the BBE pedals are. It has not given me any problems in the last year.

Bottom line the pedal does do its job but I don't think that it does what it says it can do. It may be able to give 10dB 'clean' boost but I think twenty is wishful thinking. If you are not as concerned with tone this pedal will give you the volume you need, but if tone is a major concern you should probably spend the extra money and get a pedal that has an on-board EQ or just a higher end single button boost.