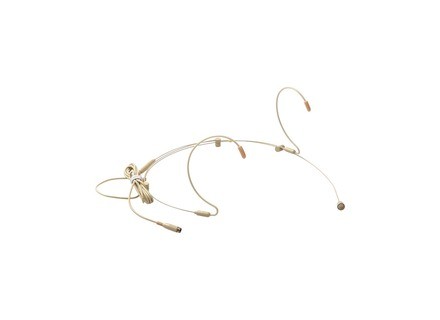 View all offers for Proel HCM08PRO »

Proel HCM08PRO
1
I ordered to buy six microphones of this model for a musical, coupled with Sennheiser XSW systems.
We were very annoyed by the fragility of the mini plug on both ends of the cable.

In the space of three months (only two shows a week), they have all returned to service for replacement, some of them several times, due to cracking caused by false contacts. We have, however, been careful about protecting cable tips, but without success.
Thanks anyway to the store that replaced microphones whenever unflinchingly aware of the error board on this model.

We made this choice for budget, well from now on we'll raise the budget to prevent such carnage.


In addition to this problem of fragility, the quality is acceptable, even rather good for the price.
Unlike other cheap miniature microphones that can be found, the sound is not shrill, and even lacks some high-mids and treble. I had to boost at 7 kHz by +8 dB and cut at 600Hz by -6dB to achieve a good balance.

The foldable ear hooks are handy for storage.

With experience, I would not recommend these unless for purely conference use with no mechanical stress possible on the microphone.
For all other applications, go your way.
Anyway, I doubt that this model will last very long in stores, Proel is well planted on his attempt to made in China in the low end.
Did you find this review helpful?yesno
»