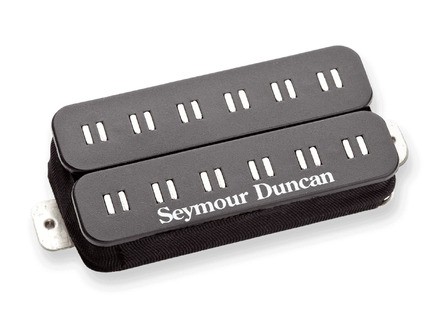 Seymour Duncan PATB-2 Distortion Parallel Axis
4
I have this mic in my possession since the beginning of this year. It is mounted on a USA Dean of my set.

At first I was rather disappointed and then I started to test different configurations and the guy sounds pretty good.

However, it has a strong character. Tightened with a grain of resentment, an average basis (it is a bit cold with no neck pickup) and a very intimate medium that gives her a solid. Goes particularly well on metal heads hard and fast transistors and amplifiers (on the latter is squarely Panard). Can also be used in vintage rock records with matching amps, in fact, it sounds less open than modern conventional microphones. The clean is acceptable but does not approach for references. on the other hand, in clean, it has the distinction of sounding vintage metal (those familiar with the opening of nothing else matter Metallica succeed in imagining the sound). The sound quality is good, but we regret some versatility, placing it behind the other and Bartolini PBF emg.