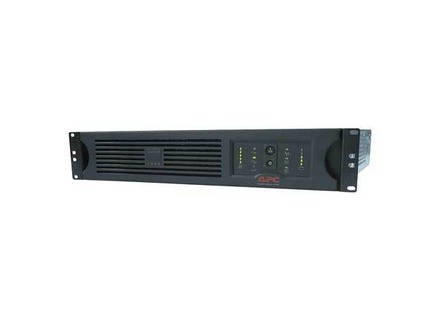 APC by Schneider Smart-UPS Power Backup System 1500
5
The APC Smart-UPS Power Backup System 1500 is a rack mountable device for having an extra back up to your electronic gear. We have one of these at the studio where I work, using it to back up the power for our Neve console. Obviously, the board takes up a ton of power and it’s really important to have it going at all times no matter what. This assures that everything is powered up and running all the time. I don’t know if it’s going to be necessary in all situations, but in a place like a studio where you have a lot of things powered up at once, it’s certainly a good idea. The unit has six outlets and 120 volts of power in total. It will take up two spaces in a traditional rack casing, which is what we’ve got it in at the studio. There’s not much else to the APC Smart-UPS Power Backup System 1500, as once it’s installed it really will just sit there and do it’s work. Again, I don’t believe a back up system is going to be necessary in home studios, but in professional studios with a console, it’s definitely worth considering having around as you can never be too safe. I don’t know much about power back up systems like this and don’t know if the price on this is cheap or not, but it seems about right for what it will do. Likewise, I can’t speak to any alternative options for something like this, but do know that we trust this at the studio and trust it with a lot of expensive equipment, including our 40 year old console. Definitely look into having an APC Smart-UPS Power Backup System 1500 if you’re at all thinking about adding something like this to your studio or otherwise.
Did you find this review helpful?yesno
»

Other APC by Schneider computer Keyboards