The Polarity Maximizer updated on Mac 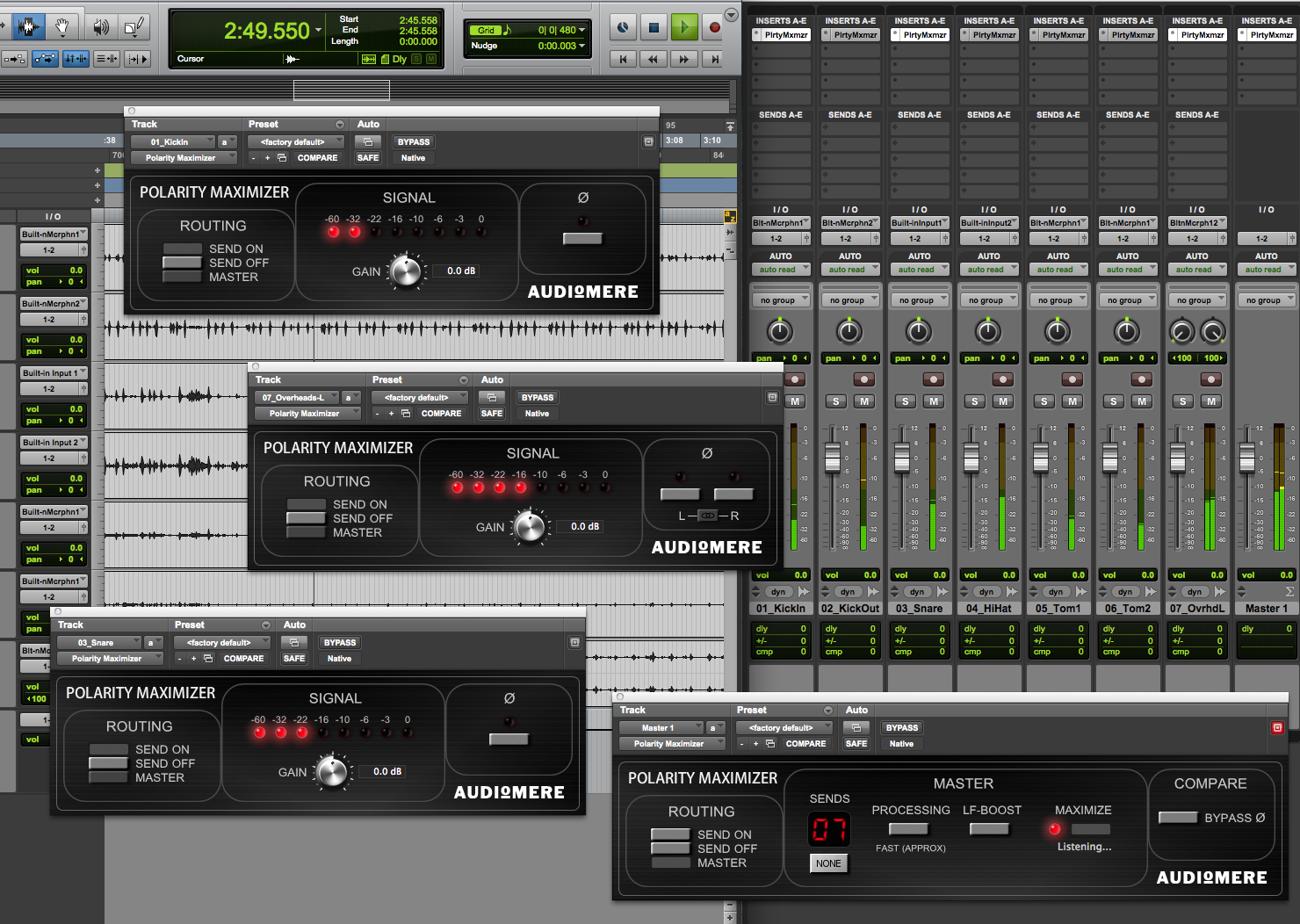 Other Effect Plug-in from Audiomere .

Audiomere has released a small update for its Polarity Maximizer phase processor plug-in. This version is intended for Mac users.

Upon user requests, Audiomere reworked the Mac version of its Polarity Maximizer plug-in so that it can run on computers equipped with older Intel processors. With this version 1.0.2, all the Mac Intel-based versions are now supported.

Released in July for both Mac and Windows in VST, AU, RTAS and AAX 32 and 64-bit, Polarity Maximizer is a multitrack processor that analyzes multiple tracks in a global controller and automatically adjusts the polarity of each track.

The plug-in inserts into each track and the global controller performs the analysis after playback. it uses a signal processing algorithm that determines the optimal polarity and ensures, according to Audiomere, for maximal RMS output level for the combined tracks.

Polarity Maximizer is available for $99 and a trial version can be downloaded from www.audiomere.com. Version 1.0.2 is free to registered users.