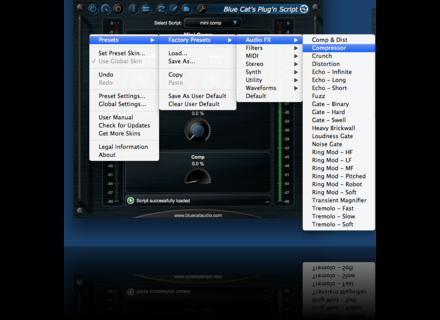 Blue Cat Audio released the first update for its Plug’n Script, a plug-in that allows for scripting virtual effects and instruments within your DAW.

The introductory period is still valid so you can purchase Plug’n Script for 59€ / $74 instead of 79€ / $99 until October 15th at www.bluecataudio.com.