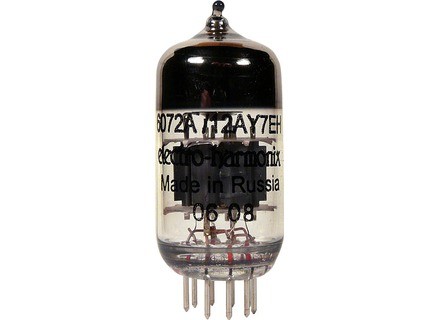 12AY7, Other Guitar Accessory from Electro-Harmonix.

The lower mu factor of the 12AY7/6072A EH is also designed to spread the sweep of the gain and volume controls. The higher transconductance and linearity of the tube are designed to make the response touch sensitive and expressive.

The 12AY7/6072A EH can also be used in later model Marshall amplifers to lower the background noise of the preamp and get the gain structure closer to Plexi and early 1970s Marshalls.