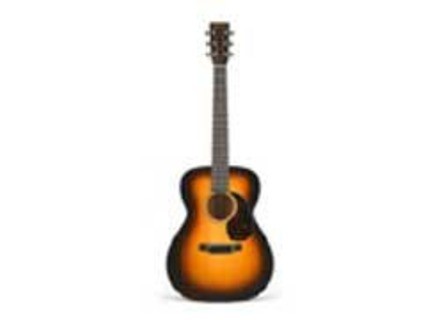 All user reviews for the Martin & Co 000-18GE Sunburst

Martin & Co 000-18GE Sunburst
5
This is an American guitar, made by one of the most popular manufacturers in the country. It is a reissue of a guitar from Martin's "Golden Era", which was the time before WWII. This guitar has a beautiful sunburst spruce top, a black ebony bridge, an ebony fretboard with 20 frets. The neck is also made of spruce. This is an acoustic guitar, with no electric capabilities unless you buy a separate pickup.

I love the sound and comfort of this guitar. I think that it's one of the better ones that I have played in my career as a musician. But I think that the price is pretty crazy. 3,000 dollars for any reissue is a lot of money, even if it is a reissue of one of the company's greatest guitars. As someone who has paid a lot for a guitar and eventually been disappointed by it, I must say that this might be a bit of a ripoff. However, paying anywhere from $2,000-$2,500 for it is a lot more reasonable. Considering that people might sell it used for that price or less, it'd be a good idea to grab one if you can find it.
Did you find this review helpful?yesno
Cookies help us improve performance, enhance user experience and deliver our services. By using our services, you agree to our use of cookies. Find out more.