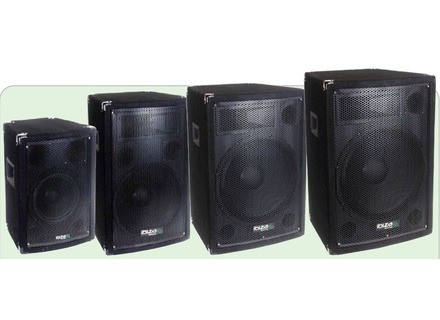 Le_Chamois's review (This content has been automatically translated from French)

Ibiza Sound DISCO-15B / DISCO-15C
3
Low-end hardware but ample sufisant to the sound system without seeking a "big sound", ie without trying to make as much noise as possible and not go deaf participants in the event.

I recall once again what am. The greater the volume, the more difficult comprhéension.
So: conference outside; public between 1500 and 2000 people.
XTM 2 and 15 AMP 2 Disco 15.
The amps are set at one third of the power and all is well understandable.
Do not forget that the speaker stands are important. They can just elevate the speakers and the sound carries much further.

scale test conducted at Petit Port of Aix-les-Bains
20 m between speakers on the length, 15m in width.
Did you find this review helpful?yesno
»