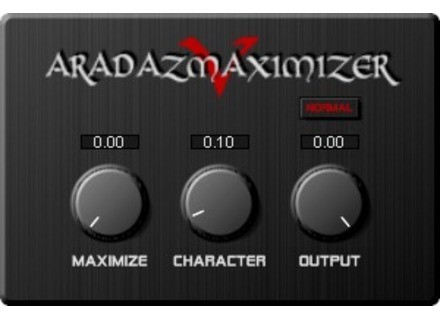 Jeffouille's review (This content has been automatically translated from French)" Best maximizer of the moment?"

No problem either, it's not a big plug-in that the pump system resource.

Incredible! I am not a sound engineer and galley as much to master my tracks. I used Ozone is very good but complicated to use for a beginner. With this plug-in, you put on the master, it sets the output below 0db and increases the gain until you're happy. No effect of pumping and very good results (best in all cases settled by a Ozone ball like me ...)
Only problem: the price ... zero as it is abused for a plug of that quality! Christmas Cheers!
Did you find this review helpful?yesno
»