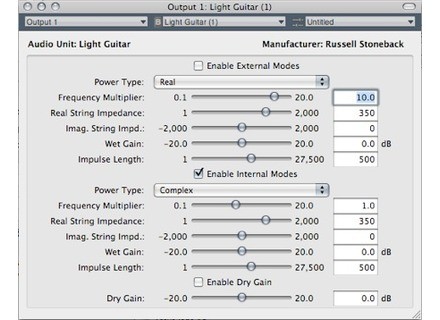 Russell Stoneback has released the Light Guitar plug-in, a new, free, Audio Unit plug-in designed to reproduce the behavior of the Light Guitar, a musical instrument that uses light to make music, and allows you to customize the sound of the instrument by adjusting various parameters.

The plug-in is built on Core Audio. Plug in your instrument of choice, load the plug-in into Garageband (or equivalent) and enjoy.