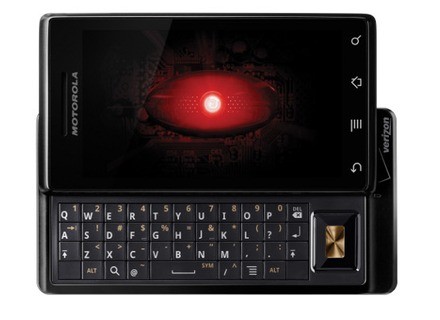 Motorola Droid
5
While most will know the Motorola Droid as a mobile phone, this review of the 'phone' will be focusing on the musical aspects of it. While we refer to this as a phone, really it's a portable computer with phone capabilities. I use my Droid in all sorts of capacities, but I use it a lot in the studio for it's musical tools. I also use it outside of the studio for musical purposes to record ideas for songs when I'm on the go using the voice recorder. I understand it's the applications that make it musical, but as a whole the Droid can be very useful for musicians and studio geeks. Beyond just using it for recording ideas, I also have applications on the Droid for a metronome and a tuner. You wouldn't believe how often these tools come in handy in the studio and for general use! The metronome I have, an app called Mobile Metronome is great for figuring out tempo times with the tempo tap tool and is usually what I'll use if I'm in the studio and we're trying to figure out a tempo, that is if the options not available via a plug-in like TL Metro. I also use the tuner application that I have, called gStrings, almost exclusively to tune my acoustic guitar. It gets a lot more precise than my other tuners will as it shows you up to the exact cent how far off you are while tuning. There are loads more applications out there for the Droid like this that can be extremely helpful for recording musicians like myself. Another one includes a mini piano and guitar for figuring out parts if you don't have anything else to use. While most will be talking about the Droid's phone features, keep in mind the ways that it can help you musically...
Did you find this review helpful?yesno
»