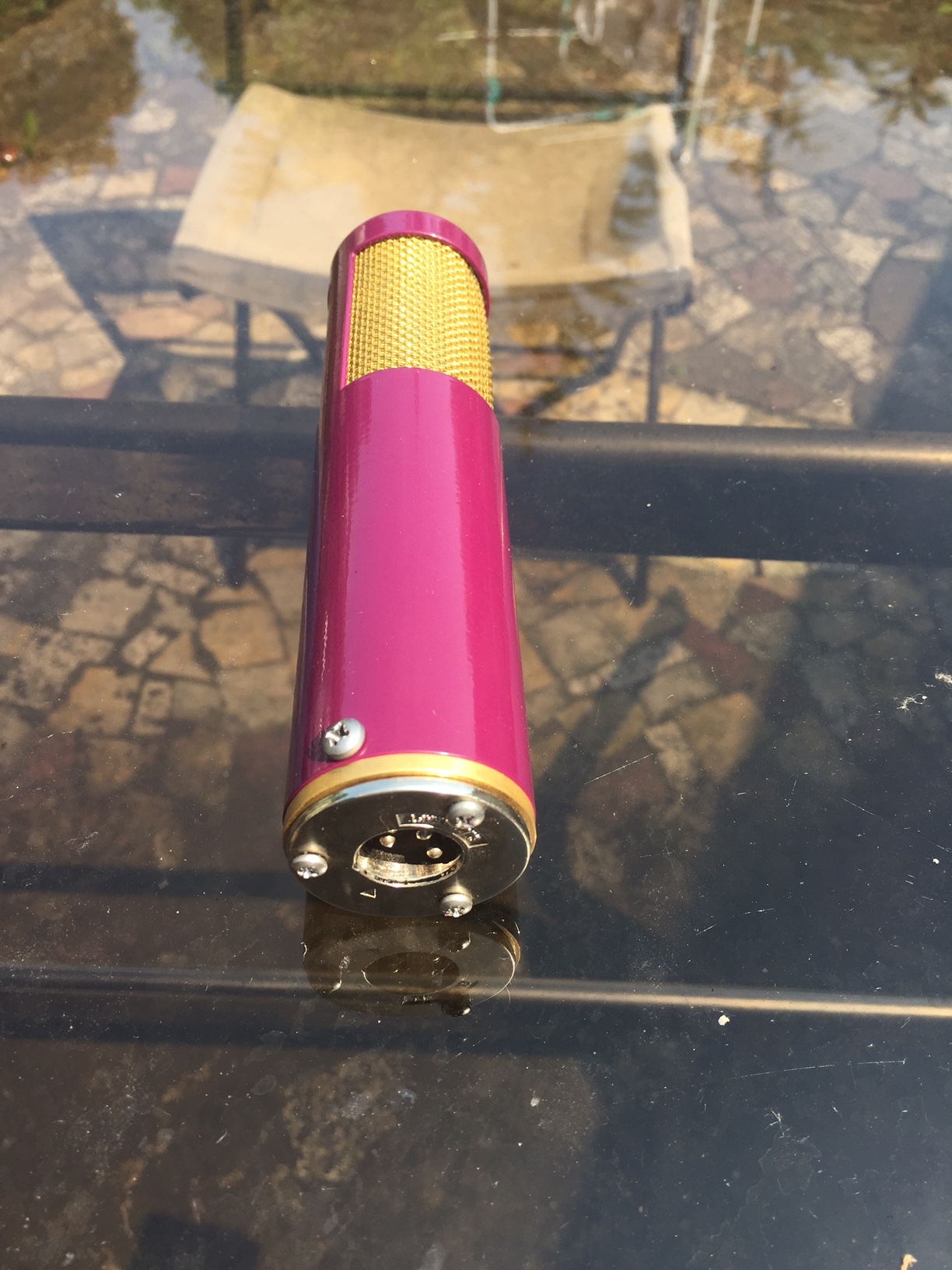 My first impression on it after a few weeks during which I could compare it with a ribbon biv-1, an oktava mk-012 (omnidirectional and cardioid) , as well as a dpa 4011 .

I’ve only use dit for nylon-stringed guitars, a negra and a blanca flamenca that I have at the moment.
The result sounds natural and surprisingly straight! No excessive roundness, but enough warmth on the entire sound spectrum, and finally the mids sound true to the original, not distorted, warm, natural and pleasant – a result I don’t get from condenser mics.

The brand is sometimes referenced as Diyac instread of Diy.

Compared with this model, the dpa 4011 which is a very straight-sounding and neutral mic sounds aggressive in the mids and highs… yes, it does!
On my lead guitar, I get better results using the DIY rm6 than the dpa.
It say a lot as to how appropriate it is to record guitars, and the boss of a famous local importer told me long ago… Except for the fact that Royer mics are way too expensive for me, and back then I feared I would lack in output volume. The Dpa wasn’t a bad choice either, it is a great complement to the DIYrm-6.

The (ribbon) biv-1 which I also own is somehow like that too, except for the fact that the biv-1 sounds rounder with more lows – plus a technical addition (an integrated jl-décor preamp) that the DIY-rm-6 doesn’t have, as it features some sort of “homebrew” output transformer that provides a very hot level for a ribbon mic, even a sound interface’s preamp is enough to record a guitar like mine using the DIYrm-6.

If used with a very good preamp, the result is of course even better. A Summit, Drawmer or API suits it well, it also works fine with a ReVox. These mixers provide straight and dense preamps.

The DIYrm-6 can’t be used for vocals without an antipop filter or it distorts, with a proximity effect hard to avoid IMHO – plus any air current could damage it. Don’t blow towards a ribbon mic. EVER!

The ribbon is extremely thin, especially mine as I chose the 1.2 micron option for more sensitivity and a more natural sound, according to the manufacturer.

I bought it as a kit.

A problem often mentioned by customers who left a review on Artur Fisher’s website is that you have to be cautious with the output transformer as it barely fits the microphone’s body.

I’d give it 5 stars willfully if I could have bought it preassembled, but it was an extra $60.
Assembling it finally is quite a delicate operation, so I’ll take a star off, but the sound result is worth a full 5 stars considering the mic’s value-for-money.

So, what about the transients? Perfect, their rendering is flawless, well-made ribbon mics do very well render transients, a ribbon mic is many things but definitely not too soft-sounding.
What about the output level? Well enough for just any instrument, my guitars offer a nive projection but are not so powerful-sounding.
The best result I’ve had so far was placing it 40 to 50 cm (15 to 20 in) from the guitar’s top, with the ribbon oriented towards the top, like you’d do with any given cardioid mic.

However, placement does matter. If you’re too far or the mic fronts the body/nack junction, it won’t sound well (while it would with some other mics).

So in a nutshell, placing the mic is very important. A “figure 8” mic is always quite particular in that regard.
In the end it’s all about trial and error, facing the axis but also a little off axis, above or all the opposite, listen with headphones… and most important, be patient, and you’ll get the best of it!

I don’t (or no longer) need to EQ the guitar’s mids, they fit perfectly.
Only the lows sometimes get EQed depending on the situation, either because the mic is close to the soundhole or facing the bridge, so I cut a little lows if need be.

I shall precise that with acoustic guitars, I never use a compressor in the mixing process, they make the sound worse IMO as it gets “hard-sounding” with a gross thickness in the attack – awful-sounding as possible. The body’s resonance is completely in the back while the attacks sound like hammering: as uninteresting as it gets.

This can be perceived in the most recent recordings by Vicente Amigo, while his first (vinyl) recordings provide a sound way closer to his guitar’s – and his songwriting was better too. This is why I don’t buy flamenco CDs, I’m sometimes lent some of them and that’s it. Btw, I ain’t bought a CD in a very very long time… The last were movie OSTs.

Here’s my review so far as to this rm-6 which I do recommend to all demanding recording guitarists.
To tell you the whole truth, I’ve just ordered a second one (a Christmas special pricing), which says a lot!
A demanding guitarist may find better with a Royer (and I haven’t even tried one), but for way more money.
A Brauner phantom? Why not, they’re really great mics. A Microtech-Geffel UMT-70 ? also an excellent choice (they tend to be forgotten). A brauner vm1 ? Perfect transparency, but it costs a used car.
Just to say all these models are also to be considered for guitar tracking.

The mic’s body is made of thick aluminium, very sturdy to say the least, but beware of a strong wing as the ribbon is fragile.

I also recommend the DIYrm-6-dedicated shock mount on the artur fisher website, it securely holds the mic – for an extra 30 bucks it’s really worth it.

A very important point in it:

What styles of voiceover work are ribbon microphones suitable for?
The answer to this question is entirely subjective. In my humble opinion, ribbon microphones can be suitable for any kind of voiceover work. The gentle and warm sound these ribbons provide make the human voice very pleasant to listen to over long periods of time.
I see myself mostly using ribbons on long-form narration, along with specific animation or commercial projects that require a vintage/warm sound. Due to modern trends in audio technology, our ears have become accustomed to hearing the human voice with crisp, biting detail. Just listen to any commercial you hear today; the voice is extremely enhanced and processed regardless of how pleasing it is to listen to. This is why I don’t, currently, see ribbon microphones being suitable for modern commercial work.