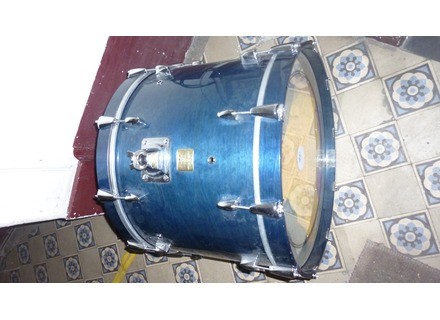 View other reviews for this product:
The Yamaha Birch Custom Absolute is a full drum kit that is designed for use both in the studio and on the stage. I recently had the absolute pleasure of doing a recording session where the drummer brought in this kit as one of his kits. In the end we ended up mixing and matching with this kit and another to get the sounds we were after, but in itself the Birch Custom Absolute is a top notch kit. I'm an audio engineer, not a primarily a drummer, as I wasn't playing on the session. However, I've played and recorded with a number of different Yamaha kits, including the Maple Custom Absolute and both Studio and Stage Customs, all of which I believe are stellar drum kits. The Birch Custom Absolute in particular has it's own sound and a beautiful wood finish. I don't know for how long they've been making these kits, but it's up there with the best Yamaha and other kits I've recorded with to date. I really like the crisp and full bodied sounds of these drums all around, although I think the tom toms and the kick is where this makes the most of it's damage. The toms have that perfect slap to them when tuned properly and are great for rock and pop alike. The kick is nice and tight, cutting through a mix extremely well when recorded properly. For the session I did recently with this, we only ended up using the tom toms from this kit, but only because a really specific sound was sought after for each drum. If you were to record with the Birch Custom Absolute kit as a whole you'd no doubt get an incredible sound. If you're an experienced drummer looking for a nice new drum kit, most of the high end Yamaha will do great for you but definitely make it a point to look into the Birch Custom Absolute as it's unique to the others and is really an incredible drum set.
Did you find this review helpful?yesno
Cookies help us improve performance, enhance user experience and deliver our services. By using our services, you agree to our use of cookies. Find out more.