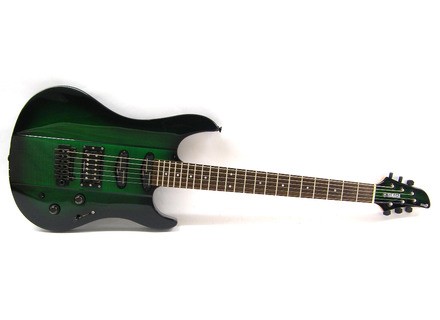 RGX-TT Drop6, STC-Shaped Guitar from Yamaha in the RGX series.

View other reviews for this product:
Indeed, the major default of this guitar is the rglage. It tends to dsaccorder if not perfectly RULES. For the guitarist who made his guitars rgler rgulirement from a luthier, this poses no problem. For the guitarist who knows nothing of rglages or who believes that a luthier do rpar the violins, it's more Gnant. In fact, I guess everything is the owner of a Ty Tabor who grinds his vibrato connatre without pulling its strings encounter problem. I think it is the main default of this guitar.

Ty Tabor DSIR a guitar that is not too heavy while maintaining the sustain of a guitar just heavy. We can say that with this guitar, Yamaha has successfully performed its Czech and given the weight of the instrument, vritable a pleasure to play. If you are not He-Man, this guitar do not crush the shoulder. She is so lgre be forgotten almost! The guitarists that play plenty of music for hours may find the happiness! Even if Ty Tabor is not really a guitarist ball!
The handle is trs end. The satin finish that seems increasingly imposed on the guitars makes a fast game and it is ncessaire to have big fingers to play!
CHAC is also acute in ais.

Ty Tabor is a guitarist rather mconnu public but possde poustoufflant a game. This is called a pany. It perptue the tradition of guitar solos that can invent infinity without ever giving the impression of rpter. It's a quality that is increasingly rare. Guitarists have attracted the ear of the stars who only play back their plan and the environment that eventually tired ...
The Ty Tabor is the image of his then guitarist. Microphones allow a wide range of sounds and can play almost anything with the MODEL. May not be jazz let's face it. Ty Tabor as pass Fender (and Zion for those who know!) Yamaha, there are the crystalline sounds of a Stratocaster. Pure happiness! The sounds are saturated and prcis pais. The crunch also sosna. It is extremely versatile guitar vritablement.
The push-pull allows for a quite a needle when you play solo and want to go to the bottom of the handle. I use it with a wha-wha. For information, Ty Tabor broke up the push-pull on her MODELS but it is a more commercial intressantqui dcuple even the sounds of Ty Tabor.

I as a professional jou on many guitars but I kept two RGXTT that I am still happy. Manufacturing so SERIES, Ty Tabor all are not alike and I have to try several before making my choice. Any fawn is essential when achte a guitar, a luthier in rgler do. The reverse shows a certain imbcillit. But some chtent a guitar without ever making rgler as if the wood did not work ...
The varnish is quite thick and the forearm is a little paste the table if you sweat or when playing in hot conditions, the light sometimes used on heating scne!
The report is qualitprix indniablement INTERESTED above that the guitar is no longer produced. It is found therefore used a very competitive price dfiant. Honntement the RGXTT suprieure is a Fender amricaine. But it's a personal opinion.
See the source
Did you find this review helpful?yesno
Cookies help us improve performance, enhance user experience and deliver our services. By using our services, you agree to our use of cookies. Find out more.