Oh, the sound of tape! That "something" that so many people miss in digital recordings. Although there are plug-ins that do just that...

We asked our French readers to tell us about their favorite paid tape emulation plug-ins and, as usual, decided to share the results with you.

When trainsitioning to the digital realm, many audio engineers and musicians complained about not being able to get the same sound as with a tape machine. This resulted in the introduction of many plug-ins whose goal was to reproduce that magic, which affects the signal's dynamics and the frequency balance, adding harmonics and a subtle distortion that many associate with the so-called analog "warmth."

And what could be best to help you choose from among the multiple tape emulators around than the opinion of the Audiofanzine community? Here you have the six plug-ins that got more votes in our poll: 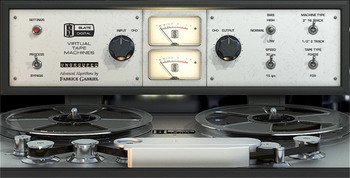 The Virtual Tape Machine created by Fabrice Gabriel for Slate is probably the first plug-in to have produced a truly convincing tape emulation, to the point that it started a trend which resulted in lots of similar products.

Its main advantage? Excellent effectiveness to simplicity ratio. The plug-in is very effective and features a user interface that provides more or less advanced parameters, according to the expertise of the user. Its only obvious defect? The fact that it requires a hardware iLok. 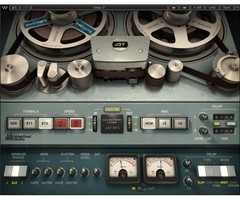 The Waves J37 emulates one of the most famous tape machines found in Abbey Road Studios and, even if it didn't quite convince Nantho (due mainly to some aspects related to the modeling) it managed to tie for first place thanks to its relative effectiveness and that it also features a delay modeling. I'm pretty sure though that Waves' aggressive pricing policy also contributed to this, considering that at one time the plug-in's price was only $29 instead of $249, and that you can still get it for $69 nowadays.

And the same applies to the more rudimentary Waves Kramer MPC Master Tape which will make fans of in-your-face distortion very happy, specially with its $30 price tag.

Bestowed with a Best Product Award by Nantho in 2013, Satin probably still remains the best accomplished tape machine emulation on the market. Not only does it provide a very comprehensive tape modeling with numerous parameters you can tweak at will, but it also features two effects that spawned from the use of tape recorders: delay and flanger. Granted, it's not the easiest plug-in to get a hang of, but it's certainly the most comprehensive of its kin.

Universal Audio is unrivaled when it comes to recreating the analog mojo and its tape machine emulations are no exception. Be it with the Ampex ATR-102 or the Studer A 800, which rank fourth and fifth in the poll respectively, or with the Oxide Tape Recorder which lands the seventh spot, it's clear that UA is the market leader with 26% of the votes, tied with Waves.

Last but not least...

I'll close with a special mention to the Acustica Nebula for which there are lots of convincing tape emulation banks, at the cost of a pretty high CPU load, though. Kudos also to the Toneboosters Reelbus 3. Sold as part of a stupefying bundle with a price tag of 40 euros, its modeling doesn't have anything to envy the big shots. Plus, it features an excellent recreation of tape artifacts as well as wow and flutter effects.