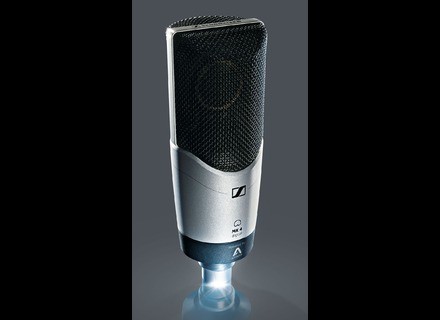 Sennheiser is to introduce a Digital version of its condenser microphone MK 4 at the MusikMesse.

Resulting from Sennheiser's recent collaboration with Apogee (which provides the A/D converter and preamp on this model), the new MK 4 Digitalis to keep the original MK 4's specs while allowing a direct connection to your Mac, PC or iOS device using the included USB or iOS Lightning cables.

The MK 4 Digital is to be released next Summer. No MSRP was announced yet.