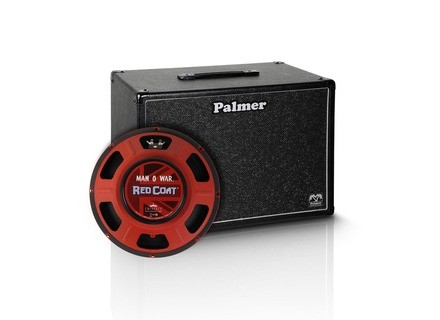 Linn Sondek's review (This content has been automatically translated from French)" Super (également!)"

Palmer CAB 112 MOW
5
I've said all that I think baffles Palmer in my little opinion on the brand model equipped with an HP Governor.
We stay here at Eminence as it is mounted cab with Eminence Man O War Red Coat.
The yield is 103 Db: heavy! Even 5w head emit a consistent sound pressure giving the feeling of having a lot of power, even more so than 5 watts advertised in this example.
As Governor, the Man O War belongs to the Red Coat series, that is to say, it is stamped "English".
This is not necessarily evident elsewhere as this HP offers very clear highs, in the spirit Fender. This is quite normal because the Fender combos are usually equipped with Eminence.
Which can be characterized as this model is its responsiveness to the game, the impression of "speed" it provides as it responds instantly and precisely to attack the right hand. Its ability to reproduce high definition with the treble is no stranger to this "nervousness."
But not only that! And other records have this character. Its accuracy is not left, far from it, it was so in the end HP at ease in all registers and styles.
Another great speaker made by Palmer unbeatable quality / price.