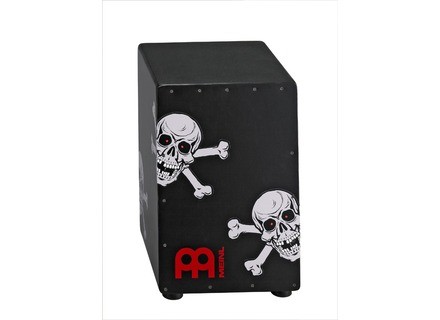 Meinl Headliner Series Cajon
5
Cajons are really a new tool to the westernized musician, but none the less a useful one at that. I had the opportunity to play one in south America some years ago, it was custom made from teak and Brazilian wood. Fast forward to a year ago, I was in a studio where I saw this Meinl Cajon. I immediately started using it and realized how cool it was.

All in all, I believe this cajon is a steal at under 100 dollars, and cheaper used, I think any good percussionist who is into world music, or different styles of rhythm can and would make good use of such an item if added to the arsenal. Not to mention, it is a nice conversation piece and can be placed outside of the studio or basement and look nice in the living room with furniture.
Did you find this review helpful?yesno
»

Ted Des's review (This content has been automatically translated from French)" a cajon rock!"

Meinl Headliner Series Cajon
I use it for about 7 months.

I choose among a range of Cajon 10zaine of any type and any size.

As:
-The look (we like it or not)
It's a very broad general timbre made him a "snare cajon" with its "light box" very marked (little be a little matte, and this is my case)
It's solid!

Cons:
-It's very unusual sounds is quite far and deep natural classic cajon.
The acute-are more careful with this great stamp the side "snare"
-The bass is suddenly less deep.

Value for money ok with a low price, it is a cajon that lack personality!

With experience, I would probably have a second cajon for more versatility without any time to separate myself from this one with its once well tamed and sound system, it sends!
Did you find this review helpful?yesno
»