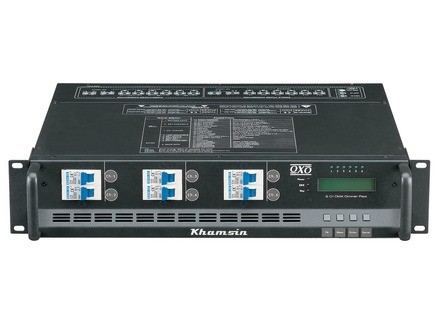 All user reviews for the Oxo KHAMSIN

romain.delaballe's review (This content has been automatically translated from French)

Oxo KHAMSIN
4
Hello,
How long you use it? There are approximately 1 year and a half that I bought them! I took two to start and then I bought 8 which makes me a fleet of 10 blocks!
Did you tried many other models before buying it?
Yes I Faisai many equipment rental providers in SEVERAL so it allowed me to compare!
What is so special that you love the most, least?
So I am sincerely glad they do their job full stop no superflux build quality is decent for the price! it is not worth the price but the My Lighting is not the same!
Can be used via the console without programing finally nice little block which are job properly nothing to say!
Possibility of setting out curves for the theater that's great, finally plien much to do with this block

The initial purchase price is quite ok for a 6 * 3kw with programing!

and yes I will ever be without free choice!
Did you find this review helpful?yesno

ericvda4's review (This content has been automatically translated from French)" POSITIVE"

Of the two products, one that works, the other already in power cut in February, after one use.
Circuits 1 and 2 down ...

Other hand, wanting to know the difference between this product and the Merak and never received a response to OXO ...

Currently have 27 other dimmers in Showtec (unreliable) Botex Starway and Stairville.

I do not do it again because the choice between the fans who make a lot of noise and a lot of 2 grad, 1 new in failure ...

repairs done and now everything works fine. I just worry the fans who make a lot of noise ... When they are on stage, music off, you can hear tunes at the bottom of room around 35/40m ...

I would like once guaranteed to change over to fans ...

Other concerns is to exit "LOCKED". I am the way of jobs and nothing works. I am obliged to put out and relight them. Not glop! So I made a table for each distribution with its amp circuit breaker in order to turn them off separately.

But if they work well!