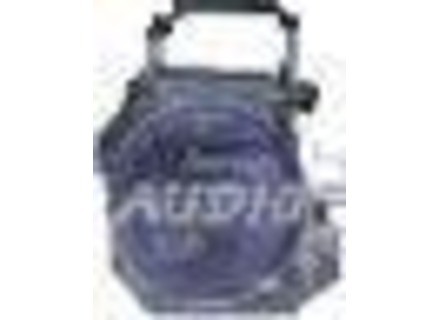 flytwoo's review (This content has been automatically translated from French)

This is a moonflower type effect, but the design of the light suffers from low brightness. The Lamp used is a Dichroic&nbsp; EFR 15V/150W, which passes light through a half disk of coloured Gobos (seven in total). Unfortunately,&nbsp;the gobos are made from such fine copper that the material&nbsp;deforms a lot in use, and this may cause the colour filters to unstick off from their silicon glue. After passing through the coloured gobos, the light then is projected on to a dish of several small mirrors, also stuck down with silicon glue. In the unit I looked at, there was glue everywhere, Such poor construction lead to light scattering inside the unit, reduced brightness, and the focussing of the light did not allow it to take in the full beam. In short, a&nbsp;LOT of lost light.</p><p>The addition of a bi-convex lens slightly improves the system. Strangely, there is no option to focus this light (unlike the Datamoon for example). The unit's internal fan is very noisy, poorly designed and not good enough to cool the lamp which therefore has a shortened life-span. Having said this, the&nbsp;electronics are reliable and uses an Atmel&nbsp;micro-controller that runs the DMX and sound-to-light function. </p><p>The current cost of this unit (2006) is 2800 Francs. Current second hand market deals on eBay in 2012 for this light price it at about 40-50 UK pounds (50-60 Euros).</p><p>Today, there are much better units available but in the end it is reliable,&nbsp;robust, and after 6 years of service . . . there is nothing more to say.</p><p>
Guillaume
(Retranslation and addition by Christian)</p>