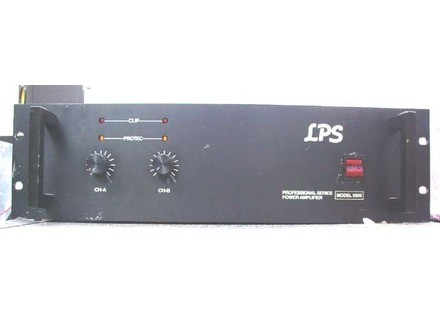 Lps Audio LPS 5500
Hello
I use the same model LPS 530
with 275 watts into 8 ohms true under the hood
I use since 1988 almost every evening weeks end
never had a failure in
really a great product
Did you find this review helpful?yesno
»

diplodocus303's review (This content has been automatically translated from French)" The heavy!"

Lps Audio LPS 5500
5
I have for some time, I use little, despite his great age, it is fully functional. Mine is an old amp location, which the road ...
It's great quality, is indestructible and always serviceable in case of failure.
This is an amp actually more like, super heavy, difficult to transport but super puissant.C is just the French equivalent of the old double-POWER amp power supply ', which were manufactured in the 80 states.

dirounne's review (This content has been automatically translated from French)

Lps Audio LPS 5500
5
I possde LPS model 55oo 2 amps in sound orchestra and discomobile
10 years with no worries and a power of 550 watts into 4 ohms I compare it to the Amcron not its reliability and performance of huge sub bass.
quite difficult to find opportunity and interresting price, I would do the purchase without a doubt.