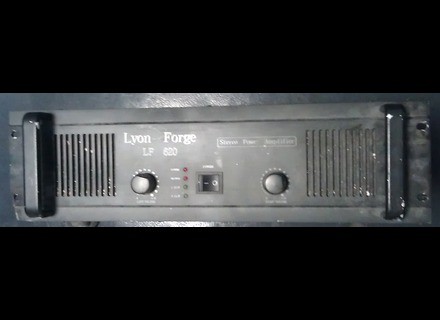 Fred60's review (This content has been automatically translated from French)

Lyon Forge LF 620
1
Aeaeae .... I bought this amp there are 7 or 8 years old when I started making the mobile disco, to power a pair of speakers like "boost" (the brand did not exist or Mac Charlow) adcoiffe so watch out!! not the power of her eh, but the fan! Moreover, nothing was heard but a!! I had to disassemble see what was inside, it was like on the set of Larzac! I have been raising guinea pigs in without problem! In short, it's really really but the m. .. e!! The worst thing I've seen a turn with discothque a! ... no comment ....
Did you find this review helpful?yesno
»

ckikou33's review (This content has been automatically translated from French)

Lyon Forge LF 620
3
I do not agree, I'm using for over 6 years and it still works as well, do not look for the sound quality for that price but good for an entry-level amplifier, it is d confuses rather well, whereas my amp Peavy lasted less longtemps.c is true that he has the breath but not in any genes in disco.donc animations for the price I'm satisfied and can be for much longer?
Did you find this review helpful?yesno
»