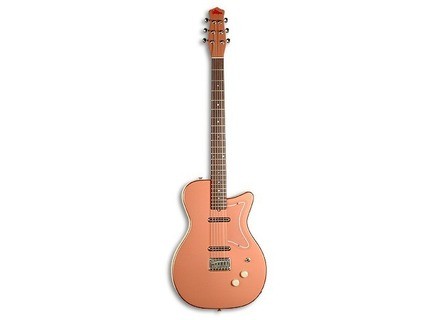 Playing the Jerry Jones Neptune Baritone is really a pleasure, as it just has one of those feels that you dream about with guitars. This seems to be a trend with Jerry Jones guitars, as I'm really a big fan of the way their guitars feel in general. As far as using the pick up is concerned, it's got single tone and volume knobs and a pick up switch selector. Getting a nice sound is as easy as you'll find it to be on any guitar...

While the feel of the Jerry Jones Neptune Baritone guitar is a huge draw for me, the tone is really what makes this guitar special. It's got an incredibly full type of sound that I haven't heard from any other baritone guitar. There's enough control that you can get a few different sounds, but I usually just end up using the bridge pick up since it's a bit deeper. I've used the guitar primarily for recording in a studio that I used to work at with a Fender Deluxe Reverb amplifier.