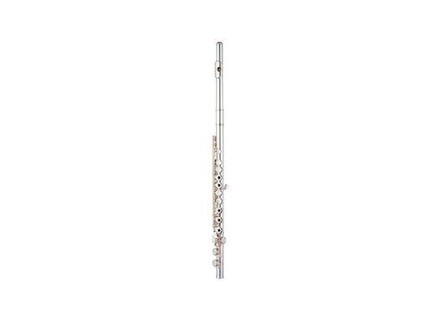 All user reviews for the Jupiter JFL-511RS

Average Score:2.5( 2.5/5 based on 2 reviews )
Not satisfied with those reviews?
Our members also liked:

1 photo
This flute was given to me new in March 2007.
This is not exactly the "RS" but the "R-II, but the site forced me to put it here anyway, because the characteristics are the same.
This is my ad asking for the sale of the flute (for reasons of lack of availability) as I could see the other reviews.
For my part, I am surprised at the categorical form of the notice.
This is a Flute Force, normally for beginners and intermediate, which in its category, did not deal with Yamaha to blush. Of course, if it is compared to a Yamaha superior ...
on the other hand, it is clear that Jupiter and Yamaha have a definition sound a little different, so later, it is rather a matter of taste.
This flute that I could use a score of times I have never failed and I have nothing against him. The musicians I played with have found it quite on the ball.
What I like most of this instrument is the ease of play and the clarity of sound.

mist1guette's review (This content has been automatically translated from French)

Jupiter JFL-511RS
1
I had the same flute when I started, and frankly, it does not sound good, when I went to Yamaha, my improved right away ... I recommend, because it discourages students who have the impression not to advance the sound level, when in fact, for once, it's the fault of his flute.