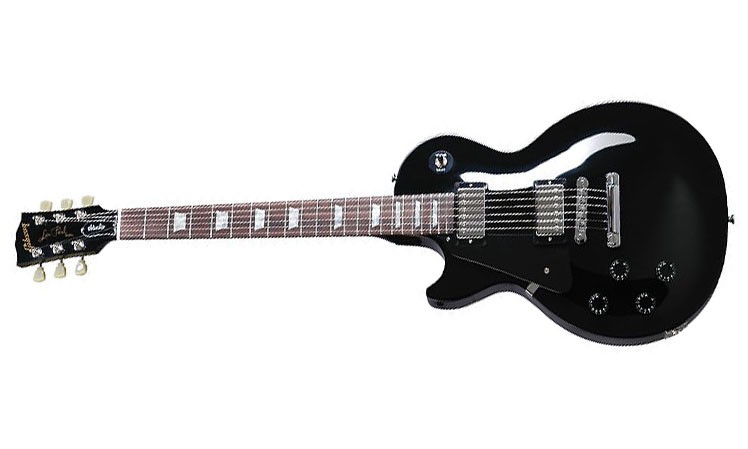 View other reviews for this product:
tjon901

Publié le 10/28/11 à 19:14
This is the left handed Gibson Les Paul Studio. The Studio is the workhorse of the Gibson line. Before the faded guitars and all that came out the studio was the budget model. Today even still its the cheapest Les Paul that still has all the features of a real Les Paul. Being lefty thats even more important because the after this model the left handed versions of the higher end Gibsons are rediculously priced. The features on the current Studio are pretty much the same as they have always been. Its pretty much a Standard without the binding. The guitar has a chambered mahogany body with a set mahogany neck. The neck is the fat 50s profile. The neck on this one has a rosewood fretboard with 22 frets. Older ones have dot inlays but now they come with the trepezoids. It comes with standard gibson 490R and 498T pickups. It has the standard Les Paul control layout with a volume and tone for each pickup and a 3 way toggle switch.

You get all the real Les Paul feel with this guitar the good and the bad. This guitar has the huge old neck profile that some people love but most people hate. ecause of the set neck design there is a large neck tenon and joint. This can make the upper frets hard for some people to reach because the body essentially joins the neck at the 17th fret. After the 17th fret you are reaching around the body to get to the frets. Because there is no binding the guitar will be more likely to have sharp fret edges when you first get it. This guitar is a lot lighter than most Les Pauls due to it being chambered. This means they cut wood out from the inside of the guitar so it is almost like a semi-hollow.

The pickups in this are what you get on most Gibsons now a days. These mid to lower end Les Pauls do not have the classic Les Paul tone in my opinion due to the chambering. The chambering mixed with the mediocre pickups means the tone on a lot of the mid to lower end Les Pauls is lacking. If you play a chambered model next to an older non chambered model you will hear the difference. The neck pickup is a bit smooth. The output is pretty low for modern standards. It wouldnt be bad if it was going for a PAF type tone but its just bad low. The bridge is a bit hotter. It has a wide open crunch sound to it. It has more of a classic rock voicing. You can get a screaming lead tone if you use the bridge position.

At 1500 USD this guitar is way more expensive than it should be just because it is left handed. You can get a brand new Les Paul Studio for as low as 800 dollars at this time. The most expensive right handed Les Paul studios are still 1300 dollars and they have way better features than this model. It is pretty sad how guitar makers can still get away with this. You can get a fully custom left handed Carvin for less than this and they do not upcharge for left handed units. If I had 1500 dollars to spend on a Gibson style guitar I would get an Edwards and probably save around 400 dollars. Nowadays the best way to get a Gibson is to buy something else.
00