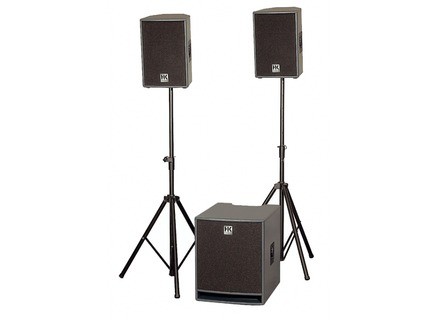 HK Audio Lucas 2000
4
I never possd lucas 2000, but I did a gig with us two group recently tions with low electric guitar and acoustic drums and vocals kind of music especially rock with reggae and I can you just say that its sends: a mdium prcis acute and acute rather dry enough to end the dssend caisson well in low frquence if that does not prevent him to be punchy and it may be a bit too powerful of moin for this kind of situation (in indoor 150 people) was the potentiomtre up the middle and the table does not affichai over 0db and went when m loudly me!
In any case very good product can be a new chre can but the price is justified and some make good used case.
Did you find this review helpful?yesno
»

HK Audio Lucas 2000
4
I never owned the lucas 2000 but I did a concert recently we had two groups with low battery electric and acoustic guitar and singing kind of music especially rock with reggae and I can not tell you that it sends: a medium acute precise and rather dry rather acute end of the housing déssend well in the low frequency is that did not stop to be powerful and it can be a bit too powerful at least for this kind of situation (in person within 150 ) the pot was placed in the middle and the table did not display more than 0db and still went out loud!
Anyway great product can be an expensive new but the price is justified and we just make good business opportunity.
Did you find this review helpful?yesno
»

géber's review (This content has been automatically translated from French)

HK Audio Lucas 2000
5
I work with Lucas in 2000, and I think the price is justified power to weight ratio in silence, for Aesthetics is not the sound of the stereo. Housing and surprisingly good sat mdium acute (for the sound system), the three channels are imbalances. To power without fear watts are waiting vous.Utilisation hall and gymnasium. So to me a useful purchase.
Did you find this review helpful?yesno
»

Poa's review (This content has been automatically translated from French)

HK Audio Lucas 2000
5
Personally, I have one for 1 year and it's the bomb. A terrible power in a relatively small system and audio quality very satisfaissante. It is not given but we must recognize that there are ways to add sound to rooms 600 Persson.
Only small default, credit facillement brand. So be careful ... u shock

Did you find this review helpful?yesno
»
Read the 9 user reviews on the HK Audio Lucas 2000 »