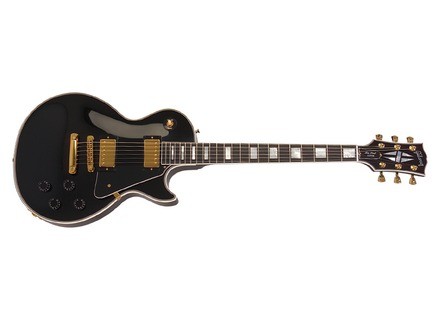 Value For Money : Poor
View other reviews for this product:
Les Paul Custom wine red 1976 all original
handle most of the late Paul
says it all!
ADJUSTMENTS not complicated, or either or both (binary what!)
volume and tone of each micro
22 frets

The handle is a rgal (qd often to clean it even without a stick!) But mine is 1976
and since the handles have changed (I think)
Access in acute way, worse than the sg eg.
instrument rather heavy, but I weigh 90 kgs so I do not care!
to play it's not easy sitting.
The ITS, however, is inimitable, warm, crunchy to perfection, good jazz to blues rock musclbr /> del to see even if you want to go (it's not a 7-string either! !)
brief sound les paul is a trademark (as can be eg the sound stratocaster)
I put 8 for ergonomics but it is a mature woman then you will not change!

Yes it suits my style quite a while button but I do not advise
big hard like rotten trash mtal ructation t-rex ca would spoil the beautiful stuff
I play on a 30W Class A amp I do not remember what year that will still not too bad
I'm playing either pickup or both, but more rarely in race
must qd same cost so it is difficult to dcrire sound, let alone the sound qd please!

I use it for 20 years, whether it is the instrument which does not spare.
I was lucky, I have long used a Stratocaster in 1972 who was also crying
I tried a little of everything but I must say that the instruments of the stores (or other musicos)
Not all rgls very well and it really hurts a Premire approach.
Qd So I go back on my gibson is like if I went up in my mrcdes
APRS trying Laguna dd.
Levcertes price, but an LP achte not for resale APRS 6 months!
If I had the choice again, yes, qd was whether I could that's another story!
See the source
Did you find this review helpful?yesno
Cookies help us improve performance, enhance user experience and deliver our services. By using our services, you agree to our use of cookies. Find out more.