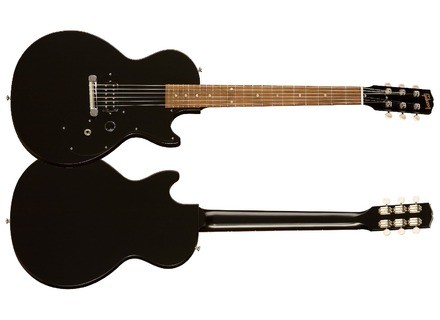 All user reviews for the Gibson Melody Maker Les Paul

hash114's review (This content has been automatically translated from French)" 1 humbucker, why more?"

Gibson Melody Maker Les Paul
5
Made in USA like all, vintage mechanical KLUSON a good old Wraparound, a micro micro 491T ceramic rather surprised me as well and in a volume of 300K CTS. Maple body and neck cool mahogany glued nitrocellulose lacquer finish, it sounds pretty good. I bought the last one in Germany in 2012 for € 299 on his head dated 2011. Comes with a light cover but hey I'm using it not, a manual and checklist of control and adjustment made in the factory. At 300E I do not see what you can get more serious and noble in terms of lutherie! Nothing like an Epiphone despite the price.

IN any case if it was Remaking, I took two and not one alone!