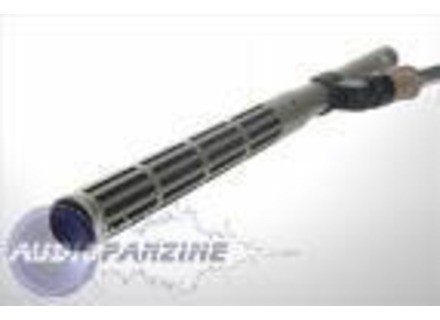 ME80, Microphone Capsule from Sennheiser in the ME series.

All user reviews of 5/5 for the Sennheiser ME80

Average Score:5.0( 5/5 based on 2 reviews )
Value For Money : Excellent
Not satisfied with those reviews?
Our members also liked:

gerar menvussa's review (This content has been automatically translated from French)" bah what is pro ..."

Sennheiser ME80
5
3 types of microphone:
ME80 module combines two types of capsules based on frequency (-2000 Hz + 2000 Hz), it is a little bit of everything when you want to take away (tested at ten meters), used in pairs, perfect to take the sound of a choir for example. "The module ME80 is a combination of pressure gradient sensor and sensor interference with the directivity for frequencies below 2000 Hz in the shape of a super-cardioid, and for frequencies above 2000 Hz, that of a lobe. Its high directivity intends it to catch its high quality, ideal for reports, wildlife documentaries, sporting events and film production. "
"The ME40 capsule allows you to take her in unfavorable acoustic conditions (high levels of background noise, reverberation)."
"The ME20 capsule is insensitive to footsteps, wind and handling, ideal for reportage and interviews."

I have all long since but I never use it because I had a good sound once for a short film, the result was a nickel, but I had other microphones to test and as they were also excellent, I could not remember how the Sennheiser ME80 especially was really good and finally above the rest. For the record, the lot cost in 12,000 francs (about € 1,800), placing it instead in the very good value for money, there are plenty of much more expensive microphones that are not as good.
I have still not widely used, but still well tested (and I'm not the only one I read a recent article in a magazine that says the film ME80 is a reference, especially for filmmakers operate only because we hear any noise or camera handling and the sound is excellent).
The source described the sound is clear even from a distance, and hear absolutely no sound that comes from behind or the sides, it's really amazing. The sound quality is up to the quality of attenuation of ambient noise, it's really clean, bah what is pro ...
I tested the other capsules on a base table (5ennheiser too), we can speak (or sing, it's good too) and gesticulate at the same time, the sounds sucked (breathing), footsteps, chair , etc., they are most troublesome and the sound is really nickel (recorded on the tape and the Nemer).
The kit is no longer but it still rents in the rental gear shooting and sound recording, and spare parts are always available.
The windshields are from $ 25 (more expensive, but hey, at Rycote).
The ME80 capsule is sold on sites us ($ 150), it fits the various modules of active electronics and power circuit operation external phantom from 12 to 48 volt internal battery or from 5.5 to 6 volts .

gerar menvussa's review (This content has been automatically translated from French)

Sennheiser ME80
5
The ME80 capsule is mounted on a base that contains the electronics and food and you can put a pole between the two.
That's the sound in the studio or on location (you can attach directly to the camera ideal for operating a solo filmmaker)
outside, it is imperative to provide a type Rycote windshield because the beast is very sensitive.
I have used for a few days to a specific job (dubbing sound) and he gave me a job impeccable quickly installed, easy to adjust, but happiness ...
I can not judge so that on this, and as the sound was excellent (I did not expect such quality for the price), I am perfectly satisfied.

I have other caps (ME20, ME50), each course is different, and convenience, it is very easy and quick to move from one to another.

I do not have comparable models, the others are either cheaper, or more, but somehow too different.

It was not really a choice, I bought it by chance (a lot of old but never used microphones for 2000 euros), and I do not regret it.