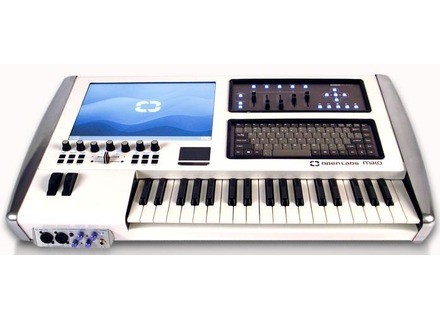 Average Score:3.0(3/5 based on 1 review)
Audience: Advanced users Value For Money : Correct
Not satisfied with those reviews?
Our members also liked:

Easy once set up properly
Used with REAPER software
Many included presets
0 latency
touchscreen
works on windows XP - yes, as of now XP is no longer updated, Microsoft has turned the page.
When it came out it was very powerful but now it mostly looks like a retired champion.

the miko is noisy (fan), just like a low-end home PC when used for hours.

BACK IN 2008 this was a real war machine and well enough to produce a nice single.
Soundwise, I had paired it with apogees clock and converters and the sound was simply beautiful. Thanks Apogee.

This synth had a high potential, almost a precursor in music but now with the computer music market and perpetual evolutions in music you only get outdated too soon

MY PERSONAL EXPERIENCE : I had a lot of problems with mine: motherboard out of order and a factory resetwhich cost me $2000. I still use it because it contains all EMU soundbanks, otherwise it looks way better than it's useful