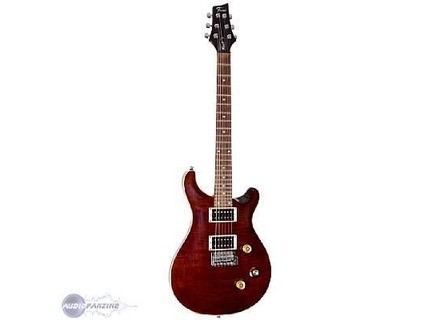 Fame Forum III
5
Bought it in Germany - Keulen at "the music store" for 555 euro.

I like the ease of play with this guitar. It has the feel of a gibson les pauls, but plays easier. It looks great, though that was not the reason I bought it. It's heavy, so has a lot of sustain.

No dislikes so far. I have the guitar now 3 months, used to play on a fender strat.

No complaints so far, seems all very solid.

I had to have a new guitar and I'm no collector. So the guitar had to be good and versatile. In the shop I tried another Fender Stratocaster and some other guitars, but none played as easy as this one.
I think they are only sold in that store in Keulen, they are made in Poland.

Other Fame other Shape Guitars