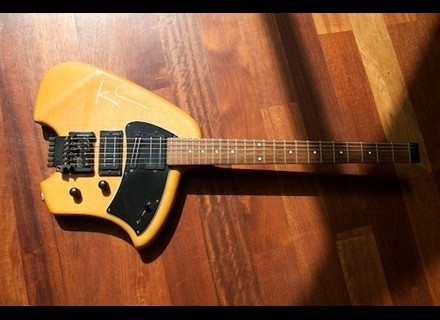 This brand had a funny story: first played by guitarists like Bill Frisell, David Torn, Lou Reed, Andy Summers, Mick Goodrick and Brandon Ross, who have neglected for some to return to more classical guitars , Fender often elsewhere.

It's a real attempt ergonomically sound, which has inspired other guitars.

Steve Klein, the maker has stopped production of these guitars, which are now rare. Rumors sometimes indicate the resumption of production.