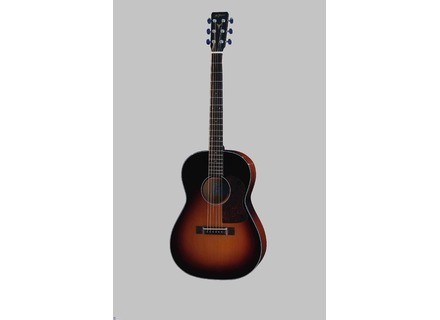 bluzy's review (This content has been automatically translated from French)

Yairi 000 blues G1F
3
Japanese-made ....
attracted the praise of an article: flawless finish, great action .... model close to the gibson blues king .... so I bought 1100 euros! after trying it gently from a reseller.

The neck is so pleasant, but it Frize on some cargo out of 5 emme, and even after an adjustment by a luthier .... not access to acute is not easy, at least for me. . you have to have big muscular fingers! .. after having really played most technically not in stores, the sound is not what I was looking for, it is not transcendent!

I bought it to play the blues .. it was made for it actually! And I personally am not happy, since I played a guitar that sounds best 250 euros! this one has can be a problem??

I use it for 2 months, and despite great efforts I just can not pass it, it is true that some models I tried to play the blues, and I do not like to "force" in shop ... I dare not even talk about value for money ...! I am not an expert either, but I would do not have that choice! more and watching the finish closely, I saw much better for less.
I decided to sell it and my surprise model is only worth 600 euros and more .. it sells bad! I took up the store's 800 euros 15 days after purchase! even if I buy another model!
nevertheless I would be interrested to read other opinions, positive, if any!
In conclusion, too bad for me.