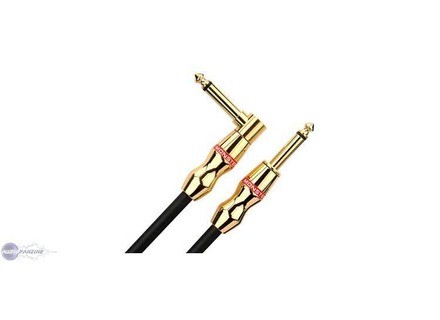 Average Score:3.6( 3.6/5 based on 6 reviews )
Not satisfied with those reviews?
Our members also liked:

jamasess's review (This content has been automatically translated from French)" not bad but far from ideal be!"

Monster Cable Guitare Rock J/j 3.65m
3
I used about 1 month history to get a reliable idea.
I had already made a post, I resumed

Yes, I had some planet waves custom and breakes circuit.

Low in comparison seemed larger and better maintained, with an overall much better balance for the Rock, he just has a cleverly made "fake" in particular sound made absolutely neutral and designed as like headphones Marshall!

Which become a little quality or defect with the equipment with which it is associated, but the cable has its much more important than the guitar signal is based on small intensities / levels and the impedance is also significant importance is the cable is an integral link in the hifi as ds to an association!

Since I switched to Mogami 2524, which is actually transparent and details go to all levels and incomparable dynamics, but quite difficult to weld properly at the plug (it is a cable that does not especially enjoy the heat of soldering iron qq little longer and melts its speed flexible ducts.

We fear regret segmentation products monster cables and other jazz and rock, as if a good cable should be conceived and designed according to its characteristics and special typed use! ...

This rock as specific modèes Monster seems to be more pure marketing and it's a bit disappointing Monster hand who knows how high cable fly the PC1000 eg. to a whole new price and quality!

R / P / Q so honest just okay.
In conclusion, at the price it is offered, it does its job properly, it's not a top of the line cable should not expect that.

But I strongly moderate the enthusiasm of some forumers who cry engineering using this cable, and have not been able to try something more upscale than yellow or planet waves cables and cie eg ....

Having tasted the Mogami, a brand reputation in the studios and particularly in Japan, which has always been overall very successful in its products

I can say, you'll understand that I do NOT do it again the choice of Rock, and without exaggerating when I could compare with Mogami I have sold pronto.

Mogami really sounds much better, and even better even on a basic 20w amp (transistor years 70/80 's Marathon but still a very good base modest but very good quality in sound grain)!

His record has nothing to do because there is no longer as practically almost majority of cables nickname standards, sound clusters centered on some of the mids with nothing or lower or higher and a depth / spacialisation non-existent and respect for fidelity sound of the guitar

This is for once, with a contribution Mogami with greater bandwidth at all levels, more details, transparency, dynamics and overall increased accuracy thus a radical change and even being very demanding sound reproduction, this is not just a passing fad!

With it, it looks like it would be like if we had raised the overall level of quality, as if it had changed category level guitar.

Md Max's review (This content has been automatically translated from French)" Marketing get us!"

Monster Cable Guitare Rock J/j 3.65m
1
I used them for a period of one month, I had to go twice to change in store until you can imagine ladies and gentlemen, I asked what you pay me all the cables, so 4 cables at 45 €, I can tell you that I was happy with the trip and my dealer also! (Ironie!)

Before that I always had a simple and non monster cable good cable U.S., not Asia, everything is always great. After 3 uses, I was facing down clear signal, like it weaken the lights, I took my old cable U.S., I have friends for 5 years, and I have no more worries.

I decided to buy the monster cables on professional advice but also a musician who was the final victim of the marketing is done about this, since they did not have, STOP, stop this kind marketing policy, which glorifies the Camelott and even Chinese or Asian worst in all this, an attic somewhere for a brand like Monster Cable.

Finally when the equipment was working, I did not detect honestly and problems besides the fact that I met with then a difference with my old cables, I wanted to point out in this notice. I also wanted to add that I'm very careful with my equipment, I folds out my cables correctly as it should, quite a snail to go to the end of the repeat or concert.

I takes only 2, so bad, I do not put 1 or 0 very bad or no, because I guess maybe some people have had better luck than me. MONSTER CABLE for me it's over, a lot of marketing for you all nothing in the final!

I had addario, fender and custom, and was able to lend me the Monster rock.

1) it must be connected to a good gear so suffisemment transparent and dynamic, the ideal all-tube amp where it will express all the subtleties and fine musicianship.
I said this because a user transistor amp with a definition and a dynamic medium, it will not do miracles and expect more, what the Rock is connected.

I have an amp transistor still quite transparent Marathon RG20 eg., And the Fender custom cable gave me a more successful balance with more medium and edgier, who married comparatively better than the Monster as what the balance total may vary depending on config.

There is no doubt in a matter of bandwidth that allows the Monster to express a better amp lamp hp & 12 'on one amp to transistos hp with 8', logically it does not access the with maximum quality that allows the monster!

Where some disappointments for those who have waited ... maybe more than expected, it's a bit if we had a super bad amp with speakers, the level will never exceed that of the weakest link then. the less efficient ..

The sound on my Carvin is very good and has increased significantly in quality is crisp and clear, accurate, robust bodied but not heavy, however, and it seems that it is no fault or colorings which are premium in the end, the overall sound is much better than current cables.

The rigid side does not bother me except, as I do not need all the length I left a coiled portion, and when there is a bad ca meaning the side is a little stiff enbetant, otherwise no worries.

It seemed to me that the level is a little higher or is it because of the tonal balance compared to the most common cables.

I do not know if the sound balance is completely neutral in this series labeled "Rock" (COMPARED TO SP1000 upscale Monster) ... and if this one has a specific tonal balance .... but it works both clean big crunch or distortion (serie rock)

THE R / Q / P s still excellent, but beware of the quality level of gear, BUT do not transcendra inadequate system performance.

I can not find much cheap (just double the a Fender custom cable) after 1000 Sp 6m is € 150 and it looks frankly there thinking .... what is the game worth it? ilya something to think about

Monster Cable Guitare Rock J/j 3.65m
5
Very good cable, however, too rigid for my taste. But hey, at least it sounds absolutely crazy out of his guitar, especially if you have a relatively good.

benhetfield's review (This content has been automatically translated from French)" It's expensive, but it exudes quality!"

Monster Cable Guitare Rock J/j 3.65m
5
Since good ten years that I'm doing the guitar / bass, I was a bit fed up of having cables cheap, like Yellow Cable.
So I thought, even buy a cable, as it is good. So I did a little tour of topics dealing with cables, and it appeared roughly three brands 'high end': ProCo, and Monster Cable Evidence Audio.
I liked the ProCo not too look at the Evidence Audio seemed a chouillas too expensive, and I liked the face of Monster Cables. In addition, I could find on the web 35th so it was all good.

Level manufacturing quality, we feel that it's heavy: the cable is thick (and indeed quite rigid, it can irritate some people, for my part I do not care a bit. That is as flexible a garden hose, to get an idea), the connectors seem well made, the set is very heavy, short, it exudes quality!
The gold plating, I believe in half ... I trimballe neutrik cables from 5 / 6 years I never had a problem with stuttering due to the oxidation ... But hey, it could be a plus.

The level I have not listen enough trained to be able to make a clear difference with my old jack (good for last I used it in the Sommer Cable Neutrik, the quality that was already correct). I will not revive a debate that could talk forever about the differences in sound between a particular cable (see all topics on AF!)

So the same, price level, it hurts: in my 35th but on average it 45/50e ... For some this is heresy to many Thune in a cable (see here also the subjects of AF, especially this one:
In my case, it does not bother me more than that from the moment we have the dosh to put in the jacks and the quality is at the appointment. It's all about how ...
In addition, the cables are guaranteed for life: that is to say that if the cable starts to blow up, the connection merdoie, hop back on here and it receives a new one. So even the 50th for something that lasts a lifetime, it is still not negligible: at once the price becomes quite "relative".

The price / quality ratio for me is "improvable", but hey, you just need to be aware at the time of purchase. There are cables with a better (see if one or even its cables, the report is incomparable).

With experience, yes I would do this choice, without much hesitation. The sound is good and as said above, it is guaranteed for life!
However, I would see something elsewhere, in competition (ProCo and Evidence), see what it looks like too

Higher Gain's review (This content has been automatically translated from French)

Monster Cable Guitare Rock J/j 3.65m
4
This cable does not improve the sound itself, but rather that he returns the best possible way, it's simple when I plugged in I did not have the same sound as before, I I removed the bass.
I know now that my cable planet waves baggy low for the rest, middle, treble etc. I did not notice anything different.
With the monster I also had a larger volume than my old planet waves.
The quality of the cable seems pretty good, a little too hard but I feel good,
otherwise the price bah his spear 50 € 3.6m cable Money Can not Buy any day.