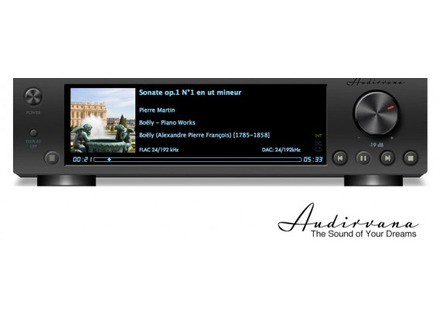 Plus, Mp3 Player Software from Audirvana.

Audirvana Plus
5
How long have you been using?
it's been several months now that I use.

Did you try many other models before buying it?
I've tried a few readers (like Songbird and others).
Sound much worse than the basic iTunes (I walk OSX).

Amarra allowed a small improvement over iTunes, but was very (too) expensive.
I could try, though.
FYI, there Puremusic, which seems to be ok (but more expensive), I have not tried.

Sound, which may be very bad players above base (including iTunes), depending on the quality of the sound card is used.
Stamps, effects of rhythm, phrasing, space, nuances. The overall quality improves frankly.

Perhaps even that sounds better than a lot of software publishers / sequencer (Audacity, Ardour, Cubase, Logic Studio, I do not know the others). It is Certas not do the same thing.

The fact that it can integrate with iTunes, but also works in standalone.


Audirvana and continues to be developed, and the latest versions sound better than the previous ...
Here, a developer who has ideas ... and ear.

What feature do you like the least?
The only limitation that I see is the fact that he needs enough memory to function properly.
And the site is not in French (it may hinder some).


With experience, you do again this choice?
In short, in my opinion, is flawless.