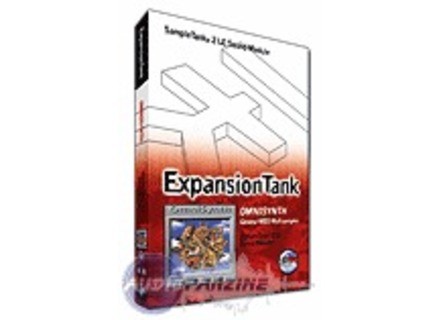 IK Multimedia Omnisynth
3
IK Multimedia has released a product for their SampleTank 2 application that adds some extra synth features to it. It's an expansion pack with various different synths. However, there's one big flaw. The synths just don't sound that great. I'll get to that later in the sound quality feature, though. This add-on comes with almost 700 megs of extra samples of things like guitars, pianos, drums and whatnot. It's pretty much a standard selection of different sounds of instruments all in a small little package. The biggest flaw is that this thing is really dated in terms of today's built-in synth applications out there.

The sound is what everyone wants to know when buying these things, so I'll say it straight up -- it's not that great. The guitars sound very poor. They sound nothing like the real thing, but that could simply be because I'm a guitarist and fairly biased. The piano samples are pretty average at best. In fact, I honestly think that the built-in Logic plugins are way better sounding, more versatile and are cheaper since they actually come with the program. There's no need to buy a separate program and expansion pack to get those sounds. Every time I mess with this, all I can think of is that these are meant for the beginner. If that's the case, then I can somewhat understand them being a bit lower quality.

Overall, I can't really recommend the Omnisynth expansion pack. The samples are very basic, they don't sound nearly as good as the built-in Logic plugins and the interface isn't quite as nice as Logic's, either. If you're going to spend money for some good samples, you're better off buying some individual applications instead of trying to buy some "all in one" bundle like this. The good news is that the sample pack is pretty cheap.
Did you find this review helpful?yesno
»