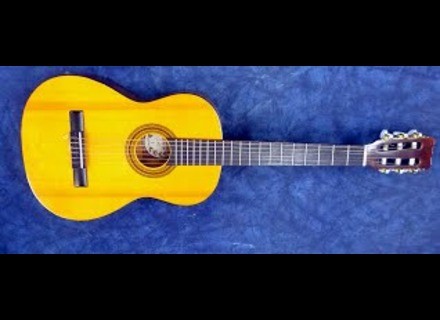 rejis's review (This content has been automatically translated from French)" not bad for an old Little Miss ..."

Diapason Guitars Bronze3
4
Chinese manufacturing. . . already ... of the late twentieth century ... around 1995 that despite the years is still as beautiful. Well ok it's not a NO! (Ok I cry) no ads!

Compared to current productions blue, pink or other ...
It looks just like a great ... (A real big) see for yourself.

The sound is Korek!

It is easy to play (although I put on the gloves in 10) and it is remarkably tuning.

Channel enjoyable to watch as to touch.
Good string slipped a little high ... 5mm to last fret (do not own the guitar study?)
Slight

The price / quality ratio is more than adequate to start with a guitar fun to play, and keep looking ...