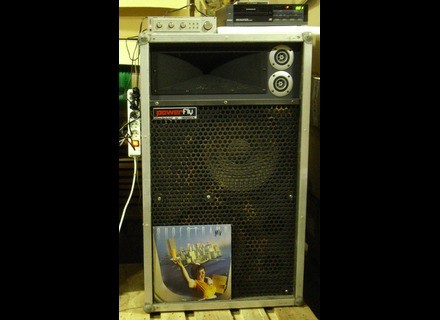 michel.29's review (This content has been automatically translated from French)" very good for her, a horror back"

found many flaws on this pair:
chokes to reattach and re-solder the two filters
a resistor on a filter cramée
cash badly stuck for two, glued and reinforced with cleats in.

for her, I found an excellant condition, dig a little équalo in the medium to 4K 800Hz and boost the treble extreme, as if the engine sent a little too much, two small tweeters fail to yield
confirmed by spectators during a musical opinion is with a children's choir
choir echoed by two pairs of static AKG
the choir seemed their natural

also confirmed in an evening concert made for music school
a good resource in the grave but we must be careful, that they would bear 400 or 500w
I have attaqées Time with Yamaha P3200 amp

unbeatable price / performance because ellesont costed the price of 2 stops about 80 €
Did you find this review helpful?yesno
»