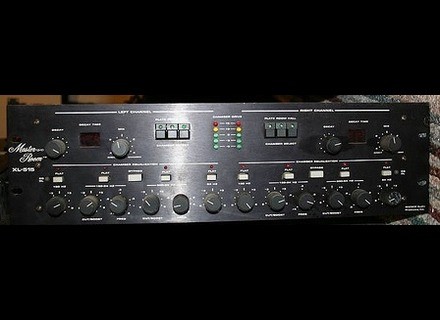 All user reviews for the Micmix Master Room XL-515

Micmix Master Room XL-515
5
The MicMix Master Room XL-515 is a spring reverb system that is made for use in the studio. We have one of these at the studio where I'm working to compliment our Ecoplate plate reverb, although the plate usually sees more action. The Master Room XL-515 is a pretty in depth piece of gear, as it's got two pieces to it. The first is what is pictured above which is the main interface, but there's also another box that has the actual spring reverb inside of it. I don't know the connections at all since it's already hooked up to our patch bay. Both pieces of the XL-515 are rack mountable I believe, but we just have the one with parameters racked up, with the spring part of it set off to the side.

While I'd probably still prefer to use a real plate reverb, the MicMix Master Room XL-515 is an awesome spring reverb for studios of any kind. The amount of different sounds possible is awesome and the sounds are all top notch since there is a real spring reverb involved here. I don't know anything about the price of this unit or anything like that, but if you are looking for a very realistic sounding reverb system for your home or professional studio, the MicMix Master Room XL-515 will give you as much control over a very realistic sounding reverb as you'll find...
Did you find this review helpful?yesno
Cookies help us improve performance, enhance user experience and deliver our services. By using our services, you agree to our use of cookies. Find out more.