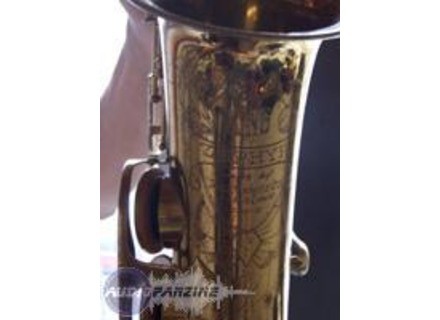 sunzi's review (This content has been automatically translated from French)

King Zephyr II
5
APRS jou have 2-year study of Yamaha alto, then 3 years Selmer SA 80 SERIES II, I bought a King Zephyr.Il get used to the positions of clfs and ractions, which are not the same as the modern sax that all have been copied ergonomics Selmer.
Pass this lightweight disability (2 months of addiction), the instrument is fast and relatively flexible rvle (Ch. Parker has long jou on King). The sound is fabulous, or Arian according to our aggressive DSIR, the mission is easy, Aiges are clear and audible. APRS, I find that all modern sax is a little dull or stiff.
I have since tried a Selmer old Conn alto and tnor of a Buescher ... all are much more satisfactory than the modern sax.
The price: I would say 1700 for the viola, minimum, because rare in France.
I do not know the tnor.

duc.alphacabas's review (This content has been automatically translated from French)

King Zephyr II
5
- How long have you use it? 10 years
- What is so special that you like most and least? ... Everything is good
- Have you tried many other models before buying it? Oh yes
- How would you rate the quality / price? unbeatable
- With experience, you do again this choice? oh yes

King Zephyr II
5
Before I played a Selmer Reference 54, is the very high end, but after trying a few saxophones golden age of jazz, I quickly wanted to get one.
King Zephyr II suits me perfectly, it's really the old, to Charlie Parker. Certainly as with any vintage sax, it takes time to get used, especially if we were accustomed to a modern sax.
For issues of ergonomics and ease of transmission so I think it is a matter of habit. The issue still remains shrill less easy than on modern sax, but it happens.
The only drawback is that it is, by its very distinctive sound, less versatile than a reference 54, for example, so I kept it (the reference) for certain occasions, even though now I seems like it was described in an earlier opinion, dull and stiff.
I bought mine € 850 in very good condition, revised: I have made a very good deal, when we know the current price of sax.