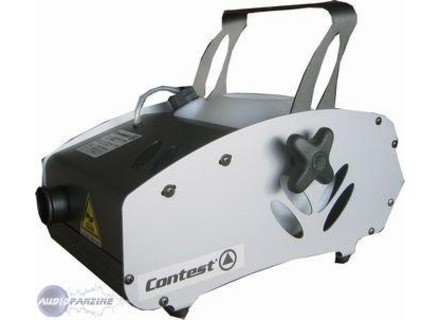 All user reviews for the Contest Smoke 1000

John 44's review (This content has been automatically translated from French)

Contest Smoke 1000
4
I use this machine for almost two years occasionally in mobile disco. She completed trs its function, although it comes to fill a pice. In a large volume trs is not asking the impossible especially if there is a draft, but we get dj showcase the beams of lights on the dance floor. This is an opportunity to remember that the smoke machines are what we see the light beams of Lumire and not people smoke, which is not enjoyable Some deejay should to their place, when we read that 14 seconds is not enough Pasler poor people, some have lost in such a fog

The machine rating CHRE enough, but I think the price is justified. The occasional use I have never even cleaned (a expected soon) and I saw no performance hit, so the mcanique should be of good quality.

I do it again this choice without concern, and will not risk buying a less CHRE MODEL.
Did you find this review helpful?yesno

pierreblc91's review (This content has been automatically translated from French)

Contest Smoke 1000
3
I received this morning, I had time to try this morning and tonight only!
It is quite impressive, but pretty enough.
Before this, I try a small fog machine. The flow is totally different! This one is planning to smoke an impressive: I filled my room being able to see my screen was 30cm from me in a single stream!
She can be quite expensive, but its quality is very very honest.
I did not try it tonight, I can not say more.
I is still 10/10 because if it walks like her for a whole evening, and for several years, it is noted that it deserves!
Edit: Actually, at life, I can not make him a 5 / 10 (one year and a half for me) and I could see that I am not alone in that this is happened (probably overheated)
Did you find this review helpful?yesno

Contest Smoke 1000
5
I bought it in February 2005 and frankly, I do not regret it.
The price / quality ratio is exellent, the flow is very high relative to its size, the interior of the machine is very well insulated, even the heating element, which is surrounded by rock wool is still protected by a top metal cage, for against, the remote is very ugly is not equipped with timer and flow. But hey, we'll close our eyes.
I do it again this choice no doubt!
A small problem, when the machine is hot you can charge just smoke for 14 seconds as a result because the heating is not very big!
Did you find this review helpful?yesno

Contest Smoke 1000
5
It has been used in August 2004 it has never POS problem.
This is THE FIRST I smoke machine but I'm dj trs trs satisfied.
It is used with liquid trs dense, it stays longer. She turned more than 15 hours later and no problem, it DBiT normment, propels a few seconds the smoke more than 7m and smokes a pice of 90m3 in a second dixaine .
The price quality ratio is exceptional, and it is without a doubt that I would do choose to take the Contest.
Did you find this review helpful?yesno
Cookies help us improve performance, enhance user experience and deliver our services. By using our services, you agree to our use of cookies. Find out more.