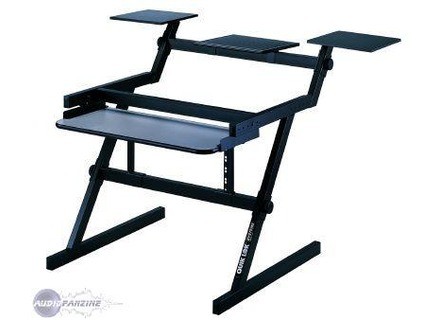 As you can see in the picture There's food and drink ...
trs is assembled quickly (45 minutes by my watch MIDI break today

)
sacrment is robust
to be exactly my needs:
- PC keyboard + mouse
- Some 19 "
- Tablet bazaar (not shown in the photo above, which clearly is a visual MODEL below)
- Working 140x60 al (added because you can ask such a surface on top of the set, so as a sign to dcouper)
- Medium grit and media monitors, good arrangement for a triangular not with FN, but the ears (which is still roughly even better, you will agree).

BMOL only: not released in France. But I thought we had something called the Community thing thing, but obviously franais prfre distributors sell wooden furniture 3000 euros ...
therefore obliged to fall back on the VPC. and is available at thomann music store in Germany. it has returned as the least "expensive" because it takes even when the 60 130 euros carrier fees for a booth at dpart around 340 euros. a door so the total 400/450 euros.

relativism but given the strength and quality of construction, and supply Pauvert stands / workstation, even when a still valid.

Other categories in Furniture for Musicians/Studios