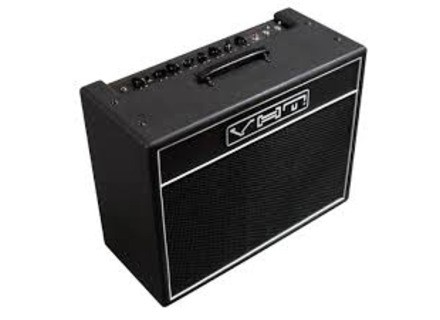 All user reviews for the VHT Amplification (AXL) Lead 20

steveranche's review (This content has been automatically translated from French)" The case of the century!"

1 photo
Developing a tube amp 20 watts of power (actually closer to 50 watts RMS).It offers an effects loop, a input 8 / 16 ohms for an extra HP, a footswitch to&nbsp;switch between channels (channel clean / saturated), a reverb, a 3-band EQ (bass, middle, treble), a master volume, a clean volume, a gain for the overdrive channel. The amp is quite heavy (nearly 60 pounds). It features a 30 Celestion GH12 10th Anniversary. It was exactly what I was looking for actually.