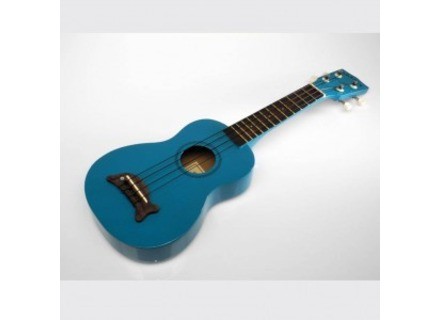 All user reviews for the Kala MK-S Soprano

Kala MK-S Soprano
5
The general consensus in the Ukulele world is that the Makala Dolphin is the best budget starter Ukulele you can get. Its not a view I fully agree with, not counting second hand bargains there are other potentially good Ukuleles aimed at this level. I have played and own Mahalos that are just as good and I think if you hunt around you can find other brands too that have some reasonable Ukuleles for the money. What I think is the case is that with its ABS body, (the soundboard is still wood though), the Dolphin is the most consistently good budget Ukulele and probably the safest if you are buying unseen, (what you must be aware of here is that the bridge design has been widely copied, so there are a lot of imitation / fake ones about with ordinary basswood bodies), and reasonably robust making it an ideal Ukulele to take to places where there is a risk of damage. The ABS also helps with humidity, water resistance and seem splitting, (but is any of that a worry on a starter Ukulele?)

When I first started inviting Ukuleles to the corner and came across the Dolphin, I thought with its bright colours and dolphin shaped bridge, it looked a bit childish. this is why I didn't get one then. Now the look has grown on me, I like the bold colour and the bridge is a bit of fun.

The build and decoration are perfectly adequate done and the open backed 14:1 tuners are perfectly adequate too (I'm not damning it with faint praise here, remember though its on the expensive side of budget, it is still a budget Ukulele and you shouldn't expect miracles on a budget) The GHS strings it comes with do need to be replaced to get the best tone from it but again there is a limit to what you should expect tone-wise from it. In experimenting with different strings I was pleasantly surprised when I tried it with a low G set. It gave a reasonable ever bass dimension to the tone and performed better as a low G soprano that a lot ot the more expensive sopranos I have tried, (also given its price point you don't worry about it to much if you have to widen the nut slot to accommodate) the thicker string
View price information
Did you find this review helpful?yesno

Kala MK-S Soprano
4
The Kala Makala MK-S is a student/beginner's soprano ukulele. I recently bought this instrument at the famous McCabe's guitar shop in Santa Monica, CA, as they have a wonderful collection of instruments including a ton of different ukuleles. I went in there with the intention of getting a cheap one, as I hadn't played much before and was just looking for something to get started with. I believe the instrument was made in China. I don't know what sort of material it was made out of, but it is definitely thin and somewhat fragile feeling.

Playing the Kala Makala MK-S hasn't been difficult thus far, although when compared to other more expensive ukulele you can certainly tell the difference. It's a very light and small instrument that is also fragile and needs to be treated with care because of this. While most ukuleles will be fragile, the MK-S is especially so since it isn't built with the sturdiest material.

The overall sound of the Kala Makala MK-S certainly isn't the best when compared to other ukuleles out there, but like I said earlier this wasn't my main concern as I was just looking for something to get started with. It definitely has an adequate enough sound for the purposes that I'm using it for, and I definitely won't hesitate to record with it when the time comes. Having said this, if tone quality is a major concern for you, you're definitely going to have to spend a few extra bucks on a higher quality instrument.

I'm admittedly not very experienced with the ukulele, and I don't know too much about them since the Kala Makala MK-S is my first one. However, I've found it to be playable and to definitely have a good enough sound to mess around with. It does go out of tune a bit more often than I would like, but again at this price this is what you need to expect. All in all I'd definitely recommend this instrument for those with no experience with the ukulele who are just looking to get started and don't want to spend much at all...
View price information
Did you find this review helpful?yesno
Cookies help us improve performance, enhance user experience and deliver our services. By using our services, you agree to our use of cookies. Find out more.