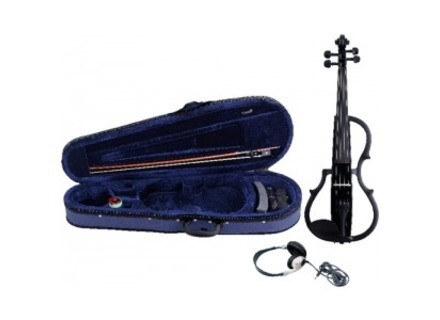 zham's review (This content has been automatically translated from French)" Avoid"

Gewa Electrique 4/4 série Line
1
I wanted to test an electric violin at a reasonable price to see if I would invest later in the more upscale. This is the first electric violin I try, I usually play on an acoustic with a piezo basic.

I bought this violin Gewa Line 2 used a few months ago (200 €, the previous owner who paid € 379 new), equipped with a set of Dominant chord. I would have installed a bridge worthy of the name.


Despite all this, the sound is just awful! the built-in preamp and microphone deliver a dung indescribable sound.
Even with a quality EQ, impossible to catch the sound. It squeaks and is strident, no low breath to make you believe that the mistral was lifted.
The E string from resonating when you make a half serious, or even re and F, as which it is impossible to play. Clearly, the violin vibrates like an acoustic when it should not.

Besides that, the game is pretty easy, the neck and fingerboard not unpleasant finish not so bad.

I do not expect a great result, but I thought I could catch her in the evening, which is purely impossible.

I really qualms about having to sell

Short, has absolutely avoid, even for a beginner, even used.