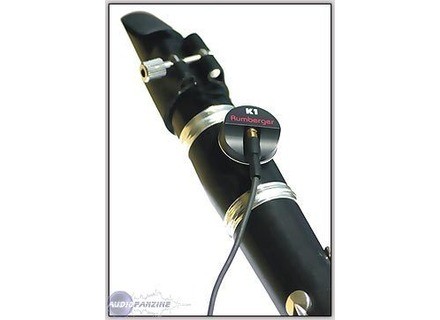 Young koko's review (This content has been automatically translated from French)

Rumberger K1
4
I use this microphone for almost a year. So it's a piezo pickup that mounts to the barrel. Warning: you must drill the barrel for attaching a socket. The microphone is then inserted into the socket. A cap is provided to plug the hole in the barrel when not using the microphone. Personally, I do the installation for my instrument maker, history to avoid messing up a barrel ...

Once the socket is installed, it is very practical, the microphone is very easy to put on and remove, and it fits perfectly in place.
An adapter cable connects fine enough on one side and K1 on the XLR on the other side. The K1 requires phantom power.

At convenience: this side, nothing to say, the K1 is a very effective solution, it does absolutely no gene for play, you can stroll around the stage without having to worry about anything: no risk that the microphone fell, no risk of feedback ... It's really handy, plus the mic does not bother to put one foot on the clarinet . I just regret the lack of a belt clip at the XLR connector from the small cable adapter connected to the microphone.

At Sound: Rumberger says this is an ideal microphone both on stage and in studio. For studios, it is better to forget ! For the stage on the other hand is not bad. The K1 has a tendency to strongly reinforce the bass, it is necessary to use the equalizer. Once the bass and treble slightly decreased mounted, you get a good result. The sound is very good in the mid-bass, treble and shrill cons are a little metal .
It remains a piezo, so the sound is still slightly distorted, but it is a combined sound that can be obtained with two SAMSON HM 40 placed on the clarinet (one at the flag, the other above the left hand). A huge advantage for K1: it takes almost no sound of keys, which is extremely important! I could not find micro settling on the clarinet that does not take the noise of keys (except for SD systems ...), conducted by the body of the clarinet at the microphone.

In conclusion, it is a good solution for use in micro stage. I made a couple of gigs since I bought it (February 2008), and I've never had any trouble. Live, for rooms of 100 to 400 people, the "real" sound of the clarinet in addition to his microphone, and the record is very good. In recording, the sound is pretty poor cons . To get an idea, check out our myspace: "the camel and the camel" and "Klezmer". http://www.myspace.com/lesangesmaliciens

Klezmer was recorded live with just has a hard Alesis MultiMix 8 USB, the clarinet is false (there is not the fault of the micro !), And the sound is not round but it gives an idea of ​​what you get recording ... it's not fantastic. For comparison, listen to the song "Lullaby" that was recorded with the same gear but with a microphone Audiotechnica AT 2020.

Other categories in Accessories for Wind Instruments