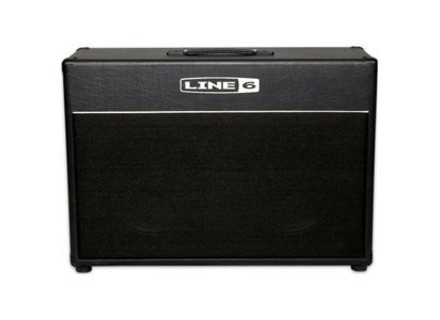 Line 6 Vetta II 212
4
I acquired this baby for one reason- I didn't know what kind of amp I wanted, and a band was forming now. The Vetta seemed like a great choice, even if it only let me decide what amp I might like. I bought it for $1399 (used, but under warranty) from Musician's Friend Sratch and Dent list. It only had minor cosmetic flaws.

I really like my Vetta. It has been succesfully updated, and has been 100% reliable for 1 year. It has been gigging only about 5 times, but it's coasters have travelled many miles. 1. It's extremely versatile. Classic amp models (sounds great to me), Classic stompbox models (same), post effects, built in tuner, two amps at once, the list goes on..2. It has allowed me to study and gain interest in the 'real things'. Eventually I would like to have a class A amp like an Orange, and a Bogner Shiva....Dream on. Plus, this thing is great for small home recoding (stereo balanced outputs)

I'll have to say that the only thing I don't like about this baby is it's rep. I guess I'll just knock on wood and keep hoping that it stays as solid as it's been.

I 've been very satisfied with the construction, and user interface (very friendly)

Let me go back to the basics before I get lost....THIS AMP SOUNDS GREAT. I have never regretted my purchase, and I'd really miss it if it ever were stolen. In all honesty, I'd probably buy an Orange twin channel if I had to start over, but I would really miss the Vetta!