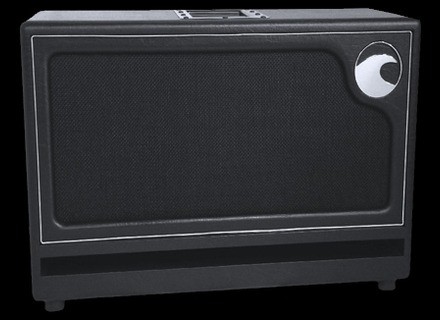 Port City Amps 2×12 OS
5
People had bragged online endlessly about these cabinets online for quite some time and I wondered how much better they were compared to the regular cabs I've owned. People praised them for sounding much bigger and mire 3D than most standard cabs due to their ported construction. The OS 212 was of particular interest to me as it was rumored to sound as big as a 4x12 with two less speakers! After a couple of years I decided to get one for myself and a used example with Celestion Vintage 30s was shipped in to me. Upon first inspection I noted how sturdy the cab was. It is also fairly light as well, though I do wish it had more than the one top mounted handle. The port is located at the bottom of the cab and I was very curious to see if the reviews were all that they claimed to be. Using a Bogner Ecstasy 101B with EL34s, the cabinet sounded KILLER. I marveled and marveled at how it did indeed sound much bigger than any 2x12 cab that I've owned. Compared to my last Vintage 30 loaded 2x12 this cab is bugger and much more pronounced in all registers. The low end is particularly great with this cab, likely due to the ported design. My clean tones were bolder and cut through better, and my drive tones are obscenely rich and fat sounding, dripping with perfect overtones and harmonics. In a band mix I could hear myself much better and didn't need to place my cab somewhere new to get my sound... it was there right away without issue. The design is a true winner for sure. They run about $750 for a new OS212 which is a fantastic price, and they're less if you buy used. I will be buying these cabs exclusively from now on as they're just that good! DEFINITELY recommended to try... it'll likely blow your current cab out of the water!
Did you find this review helpful?yesno
»